At the ongoing WBBL|07, the Brisbane Heat bowlers defended the 156 runs total as they beat Melbourne Renegades by 43 runs. 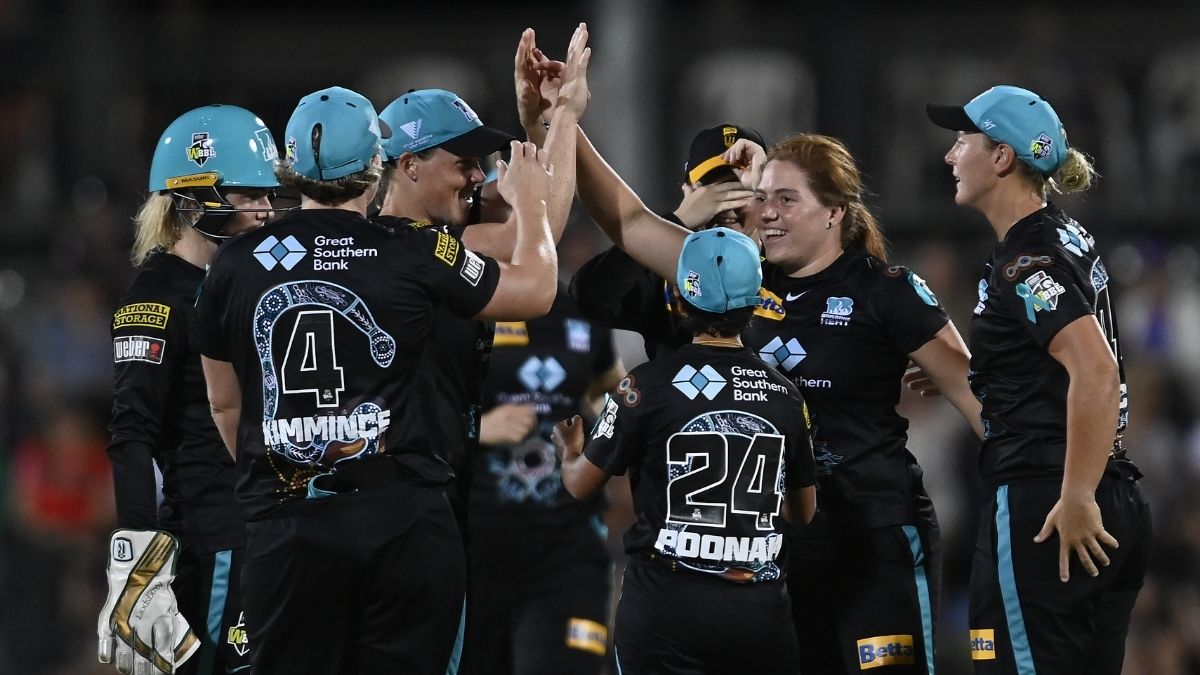 The 54th Match of the Weber WBBL|07 was a Brisbane Heat vs Melbourne Renegades encounter played on Saturday, 20th November 2021 at the Great Barrier Reef Arena, Mackay in  Australia.

Brisbane Heat Women won the toss and elected to bat.

However, an 82 run partnership between Georgia Redmayne and Georgia Voll steadied the innings for Brisbane Heat.

Two early wicket falls for Melbourne Renegades, as Jemimah Rodrigues was dismissed on the 5th ball itself – bowled out by Nicola Hancock. Then, the next dismissal was of Courtney Webb as Jess Jonassen picked the wicket. Renegades were at 27/2 (4.5 overs).

Meanwhile, after the powerplay, they were 35/2. However, three wickets fall in quick succession of Evelyn Jones, Jess Duffin & Sophie Molineux. With that, Melbourne Renegades were in trouble at 58/5 in 10.2 overs.

But it doesn’t get better for the Renegades, as Rhiann O’Donnell, Josephine Dooley on 35 (off 27 balls), Ella Hayward & Ellen Falconer lost their wickets. However, Harmanpreet Kaur didn’t come to bat and is registered on the scorecard as absent hurt. With that, Melbourne Renegades finished their innings at 113 (18.1 overs).

As a result, Brisbane Heat Women won the match by 43 runs. Hence, the Player of the Match was awarded to Georgia Redmayne – 71 (off 51 balls).

The @HeatBBL flex their muscle with a big win, making it 𝒗𝒆𝒓𝒚 hard for the @RenegadesWBBL to finish on top!

Pakistan Beats Bangladesh comfortably by 8 wickets in the 2nd T20I