Barcelona board was looking to tie down the youngster in a long-term deal and was working towards that for the last few months. 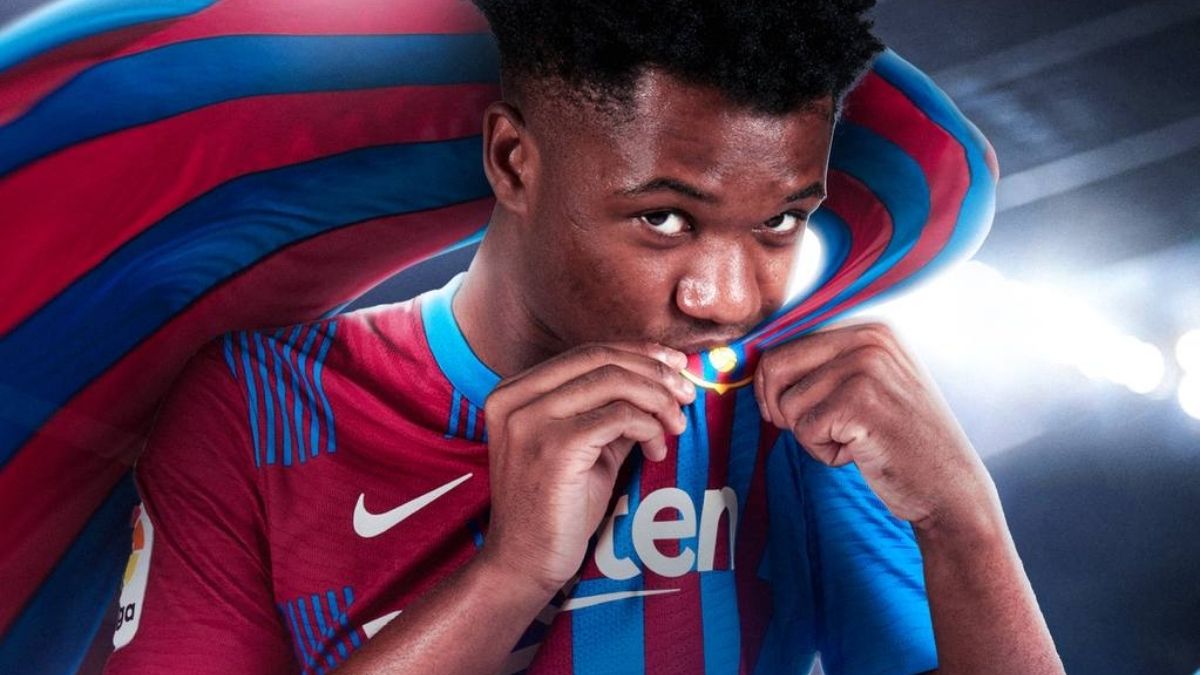 Ansu Fati has agreed to a contract with Barcelona and the player will stay at the club until 2027. He has been assigned a release clause of 1 billion euros. The release clause for a player is mandatory at a Spanish club according to the La Liga rules. With a valuation of 1 billion, it seems Fati will be at the club for a long time.

Ansu Fati was assigned the number 10 shirt for the season following the departure of club talisman Lionel Messi in August. The young prodigy joined the Masia in 2012 and progressed quickly through the ranks before making his debut for the club in 2019. Ansu Fati was 16 years old when he made his debut for Barcelona and broke several records with the Catalan club.

He became the youngest player to debut for Barcelona in the league and the Champions League. He also became the youngest goalscorer for the team in both competitions. Moreover, Ansu Fati is still 18-years of age and has been performing consistently for the Blaugrana whenever he has played. The youngster has scored 15 goals in his first 48 appearances for the club.

However, he sustained a setback in the last ten months with an injury to his meniscus in the knee. He underwent more surgeries than expected and his recovery was delayed by 6 months. Ronald Koeman and the club will be cautious about the minutes the player will play at least until December.

He has scored twice in the league after just three appearances in the competition. Ansu mostly has come off the bench late in the game, with his only start being the game in the weekend against Valencia. He equalized for his side after Barcelona went a goal down early in the game.

With him tied down until 2027, it will give the Barcelona board a lot of breathing room. Laporta and co. will now turn their attention to Ousmane Dembele, whose contract expires next summer.

Ansu FatiAnsu Fati contractAnsu Fati renews with FC BarcelonaFC Barcelona
Share
Subscribe to our newsletter
Get your daily dose of Cricket, Football, Tennis & other favorite sports with handpicked stories delivered directly to your inbox.
You can unsubscribe at any time

The Post-Covid Conundrum: How apps like Spond are helping grassroots clubs survive (and thrive) in the new normal