Brazil holds off Argentina in the Superclásico de las Américas

The South American football giants met each other on Matchday 14. Brazil already qualified for the World Cup and today was Argentina’s turn to secure their berth for the upcoming mega event in Qatar. 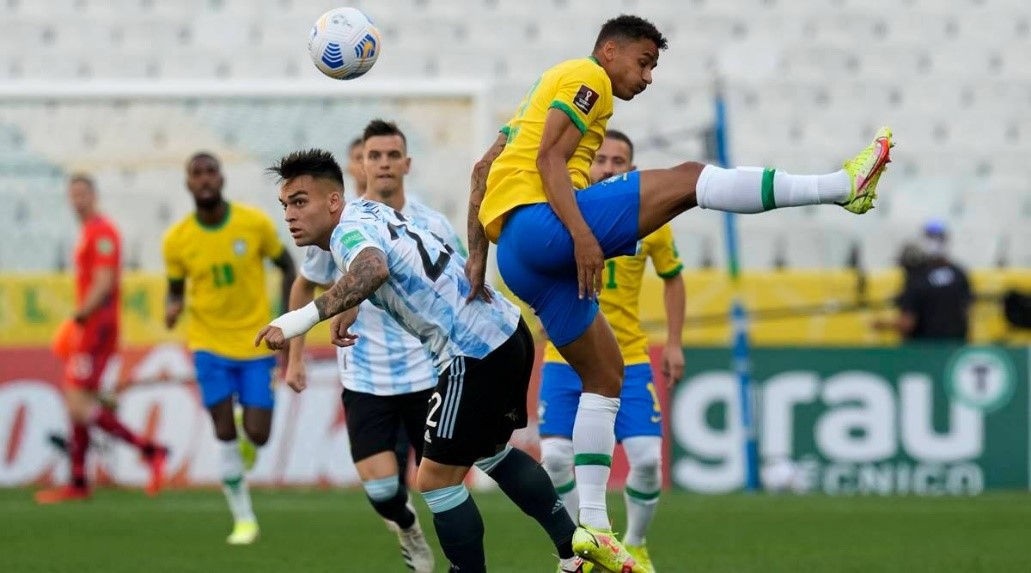 What happened in South American qualifiers on Matchday 14

Without Neymar, Brazil couldn’t overtake Argentina but managed to keep the team goalless while maintaining their six-point lead at the top of the CONMEBOL table.
Despite already having qualified for Qatar, Brazil had been capable of maintaining their unbeaten run in CONMEBOL qualifiers as they earned a factor in Argentina.
Early proceedings were extremely uneventful as both sides failed to register a single shot on target through the first 39 minutes, though the two sides clashed on several occasions around the hour-mark.
The aspects almost got here to blows withinside the 33rd  min simply after an incredible flow from Raphinha, with the Leeds United star receiving a crunching elbow withinside the lip from Nicolás Otamendi.
In the second half, the quality improved dramatically, but the attack lacked quality again as the two teams fought a rather entertaining midfield match that did not find a breakthrough.
Argentina were way ahead of Brazil in terms of odds, winning the 7-0 corner fight but couldn’t get through when it was needed the most.
The South American teams will now return to their respective clubs until the end of January, then Brazil will travel to Ecuador and Argentina to Chile.

What else happened on Match Day 14?
After Chile lost 2-0 to Ecuador, it confirmed the participation of Argentina in the 2022 Qatar World Cup. Brazil was the first country from CONMEBOL to qualify for World Cup on matchday 13. Uruguay also experienced a shock 3-0 defeat by Bolivia who are at the bottom of the table. Ecuador were the underdog team are nearing the world cup qualification sitting at 3rd position with 23 Points beneath them are Colombia with 17 points and drew with Paraguay 0-0 on matchday 14 and are on the verge of qualification. Peru are in 5th place means if they successfully hold the position they will in the playoffs for qualification.

Indonesia Masters 2021: Srikanth Kidambi wins against feisty challenger Christo Popov, advances into the next round