At the ongoing 2021 WTA Finals, in Women’s Singles Semi-finals 2, Anett Kontaveit advances into the final after she won over Maria Sakkari 6-1, 3-6, 6-3. She will face former world no. 1 Spain’s Garbiñe Muguruza. 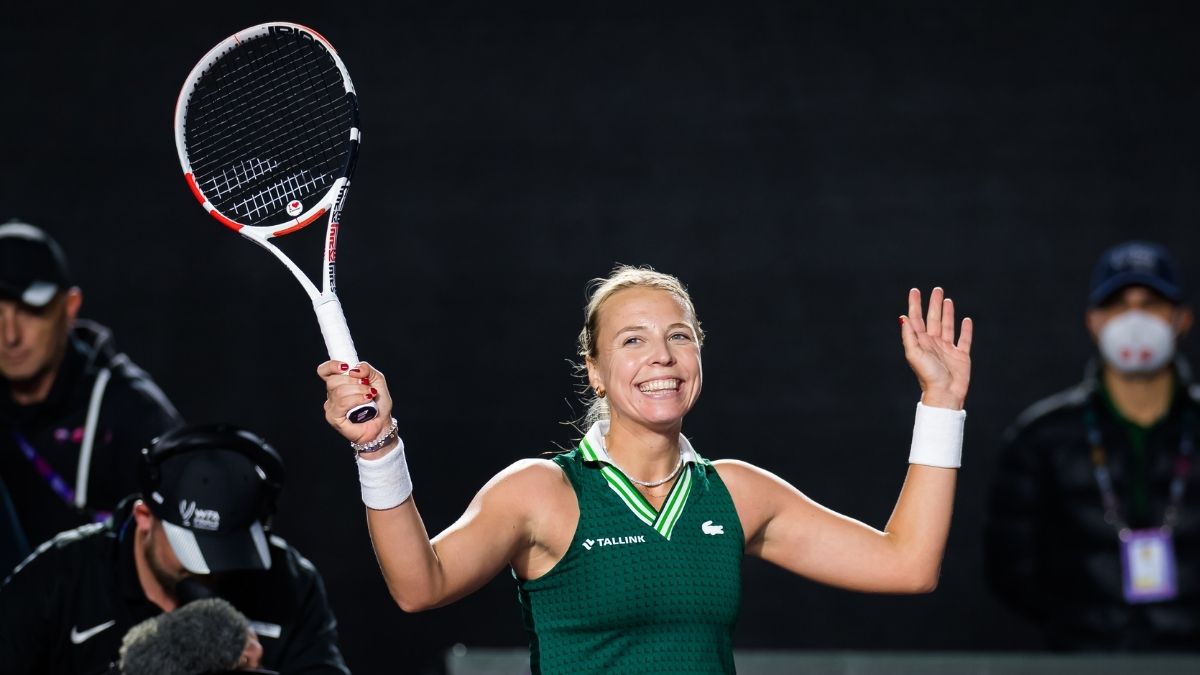 The WTA Finals is a tournament of the Women’s Tennis Association (WTA) played annually at the end of the season. Only the players who are at the top of the WTA Rankings can compete in the tournament. Meanwhile, the 2021 WTA Finals is held in Zapopan, Mexico from 10th to 17th of November.

However, No. 8th Seed, Anett Kontaveit defeated Greece’s Maria Sakkari who is ranked higher than her & advanced into the finals in her tournament debut. Kontaveit won by 6-1, 3-6, 6-3.

Tour-leading 48th win of the season 👊

Anett Kontaveit fights past Sakkari and enters the biggest final of her career!#AKRONWTAFinals pic.twitter.com/4Wy82eJuie

This Semi-final was played at Estadio Akron de Tenis. It lasted for about 2-hours and 2-minutes. With this, the Estonian Anett Kontaveit has a 7-0 (win-loss record) in semifinals this year. This is her third consecutive final and 1st at this tournament.

However, in this encounter, Maria Sakkari was leading in Aces scored by 9-6. While both made 3 double faults.

Journey to the Final

Meanwhile, she will face former World No. 1 Spain’s Garbiñe Muguruza in the final. This will be a rematch of their round-robin encounter where the Spaniard won & ended Kontaveit’s 12 match winning streak.

Watch the Highlights of – Anett Kontaveit vs Maria Sakkari

2021 WTA FinalsAnett KontaveitEstadio Akron de TenisMaria SakkariWomen's Tennis Association (WTA)WTA FinalsWTA Rankings
Share
Subscribe to our newsletter
Get your daily dose of Cricket, Football, Tennis & other favorite sports with handpicked stories delivered directly to your inbox.
You can unsubscribe at any time

Brazil holds off Argentina in the Superclásico de las Américas

AEG and Crypto.com to Lead Future of the Creative Capital of the Sports, Music and Entertainment World with New Naming Rights Agreement for Iconic Los Angeles Venue Formerly Known as STAPLES Center