Chahar proposed to his girlfriend in the aftermath of CSK’s match with Punjab Kings. The celebration continued even after getting to the hotel. 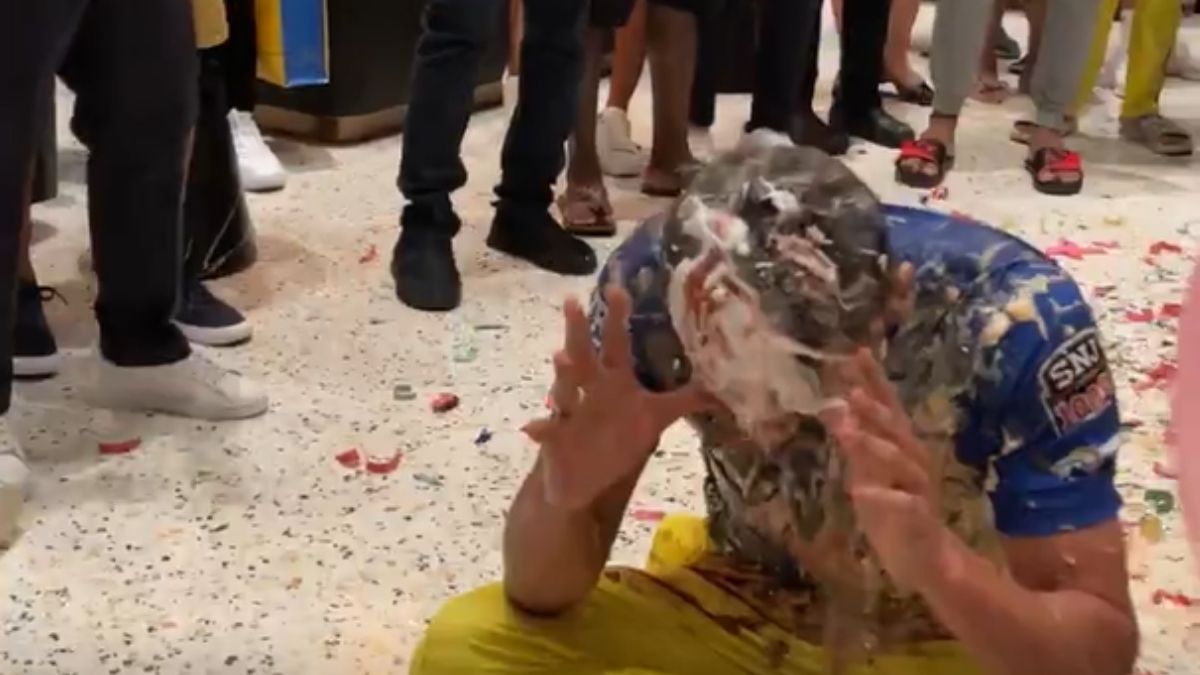 Deepak Chahar was mauled by his CSK teammates during the celebration of the pace bowler’s proposal. Chahar and his girlfriend cut cake at the team hotel and the player’s teammates took matters into their own hands.

Led by the captain Dhoni, Raina, Uthappa, Krishnappa Gautam, and others carried Deepak Chahar and plastered him with substances they were carrying.

After the incident, Chahar was left in all the mess while his teammates ran away.

This happened as a follow-up to the pacer’s surprising proposal to his girlfriend after the Punjab match. Deepak Chahar went to his knee and his girlfriend was stunned. However, she took no time in saying yes to the fast bowler.

The entire episode made for great viewing with fans loving every bit of the video posted on Chennai Super Kings’ official Instagram handle.

The CSK camp was in a jubilant mood last night despite the heavy defeat at the hands of Punjab. However, the team must return to focus after a surprise hat-trick of defeats. After a strong start to the UAE phase, CSK fell off the hook in the last three games. Losing against Rajasthan, Delhi, and now against Punjab.

Dhoni and Co. will like to look at it as a minor blip and would love to return to winning ways as they get ready for playoffs.

Rututaj Gaikwad and Faf Du Plessis have been the standout performers for the three-time champions in the current campaign. The middle-order despite being very deep has struggled to provide the firepower with the exception of Rayudu and Jadeja.

They would want the whole team to click to have any chance of a fourth title.