India, Pakistan, South Africa, Bangladesh, as well as the Group B champions and Group A runners-up, will compete in Group 2. 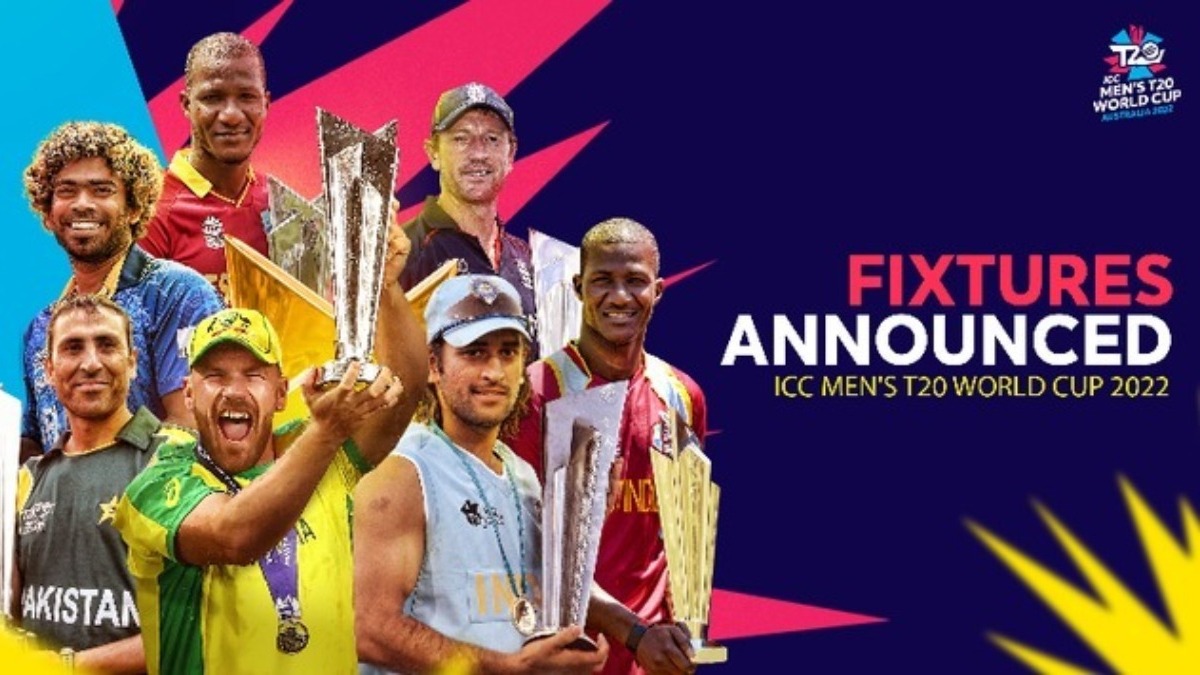 ImageIn a rematch of last year’s final, Australia will begin the defense of their Twenty20 World Cup championship against New Zealand in Sydney on October 22. For the first time, the Australians will host the competition, which begins on Oct. 16 and runs until Nov. 13.

On Sunday, October 23, there will be fireworks at the legendary Melbourne Cricket Ground as India and Pakistan face off in the opening match of the 2022 ICC Men’s T20 World Cup. In their quest for World Cup glory, both sides will want to start their campaigns on a positive note in the Super 12 Group B game.

The hosts have been placed in Group 1 of the Super 12 phase of the competition, alongside New Zealand, whom they defeated in Dubai in November, England, and Afghanistan, the champions of Group A and runners-up in Group B from the first round.

India, Pakistan, South Africa, Bangladesh, as well as the Group B champions and Group A runners-up, will compete in Group 2.

The tournament will be held in Adelaide, Brisbane, Geelong, Hobart, Melbourne, Perth, and Sydney, and will feature sixteen countries. In Group A, Sri Lanka and Namibia will meet off on Oct. 16 in the first round of the competition in Geelong, where they will be joined by two qualifiers.

The West Indies, Scotland, and two more qualifiers will compete in Group B. On Nov. 13, the final will be played under the lights at the Melbourne Cricket Ground.

Each group’s top two teams will advance to the Super 12 stage.

“T20 is cricket’s global growth format, and the ICC T20 World Cup 2022 will play a big role in motivating our next generation of players and fans as the world’s finest players converge on Australia and showcase the very best of our sport,” said ICC CEO Geoff Allardice.

“The announcement of the fixtures provides fans the opportunity to start planning their T20 World Cup experience, which is now just 268 days away,” said Michelle Enright, CEO of the ICC T20 World Cup Local Organising Committee.

“By hosting matches in seven different cities across the country and keeping ticket prices low, we hope that as many people as possible will be able to experience the incredible atmosphere that international fans bring to global sporting events, as well as the unique, fast-paced, and unpredictable nature of T20 cricket.”

AustraliaINDIAPakistanT20
Share
Subscribe to our newsletter
Get your daily dose of Cricket, Football, Tennis & other favorite sports with handpicked stories delivered directly to your inbox.
You can unsubscribe at any time

India-Sri Lanka ODI series to start on July 13, T20I series from July 21 according to…

Full schedule for Pakistan’s Tour of England and West Indies; focus on World…