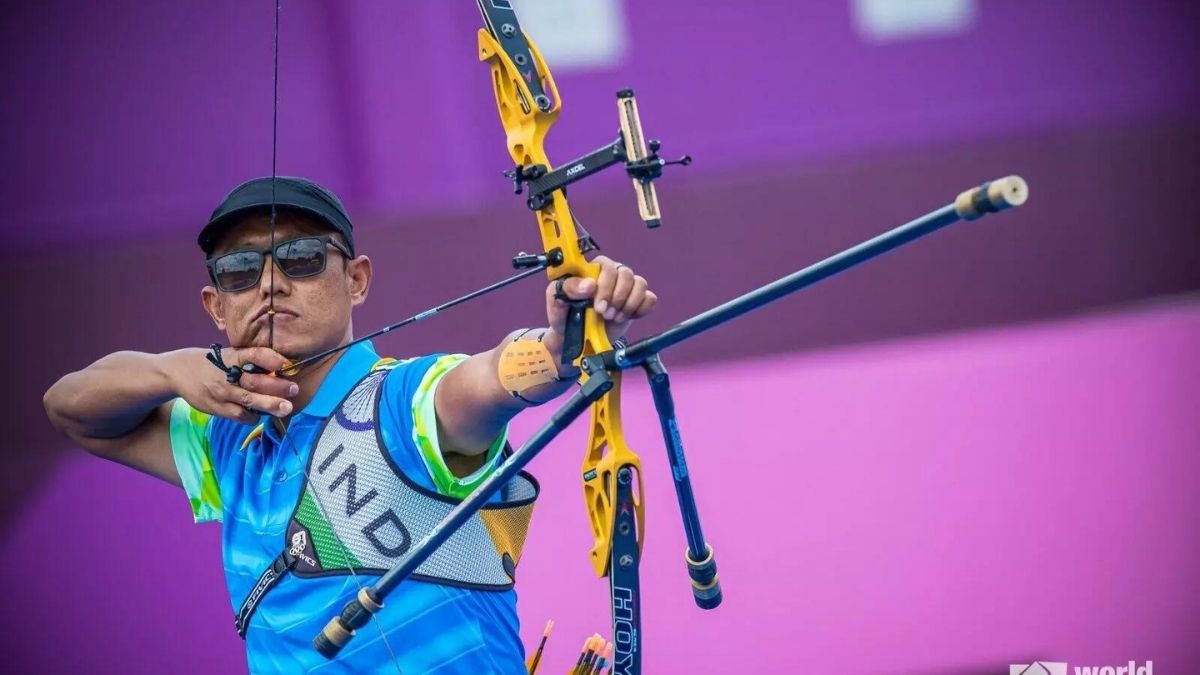 The Indian archer Tarundeep Rai lost to Italy Shanny of Israel. The match tough ended in a tight shoot finish. The heartbreaking moment Tarundeep Rai as this would be the last appearance in Tokyo Olympics on Wednesday. This match happened under the windy conditions at Yumenoshima Park in Tokyo, both players were at the same stage5-5, but Shanny who is 15 years younger than Rai, sealed the match10-9 with a perfect score in the shoot-off.

The archer Shanny world number92 Israeli, who had knocked out the Japanese team even bronze medallist Muto Hiroki in the first round was superior to the Indian at death as shot three10s from the final four arrows to sail into the pre-quarterfinals. Sadly, for the Indian Archer Tarundeep Rai, this was the second consecutive round2 exit for the three-time Olympian Rai. The Indian Archer made his Olympic game debut at Athens in 2004. In the 2012 London Olympics, Rai also had lost in the second round.

The 37-year-old Army man, who had a thrilling come from behind 6-4 win over Oleksii Hunbin of Ukraine in the first round once again showed remarkable composure as he bounced back to lead a 5-3 to 0-2 deficit. Needing the tie in the fifth set to move into last-16, Rai lost the match to Shanny who won the set by two points, drilling in two 10s and a nine, as against Rai sequence of 9-8-9.

The perfect 10 kept eliding Rai as the world number 54 Indian started a proceeding in a shoot-off with a 9, While Shanny from Israel sealed the match with a 10. Rai was severely let down by wind gusts as he shot a poor seven to lose the first set by four points before leveling the match 2-2 by winning the second set by a narrow margin of one point.

A series of six 9s shannies meant that Rai was in the lead 5-3 but failed to the fifth set. Earlier in the day, Rai trailed by 2-4 against the Ukrainian word no 66 Hunbin but won the final two sets with perfect 10s to move into the second round.

Indian armyOlympic Tokyo 2020ShannyTarundeep RaiTokyo 2021Tokyo Olympic ArcheryTokyo Olympics
Share
Subscribe to our newsletter
Get your daily dose of Cricket, Football, Tennis & other favorite sports with handpicked stories delivered directly to your inbox.
You can unsubscribe at any time