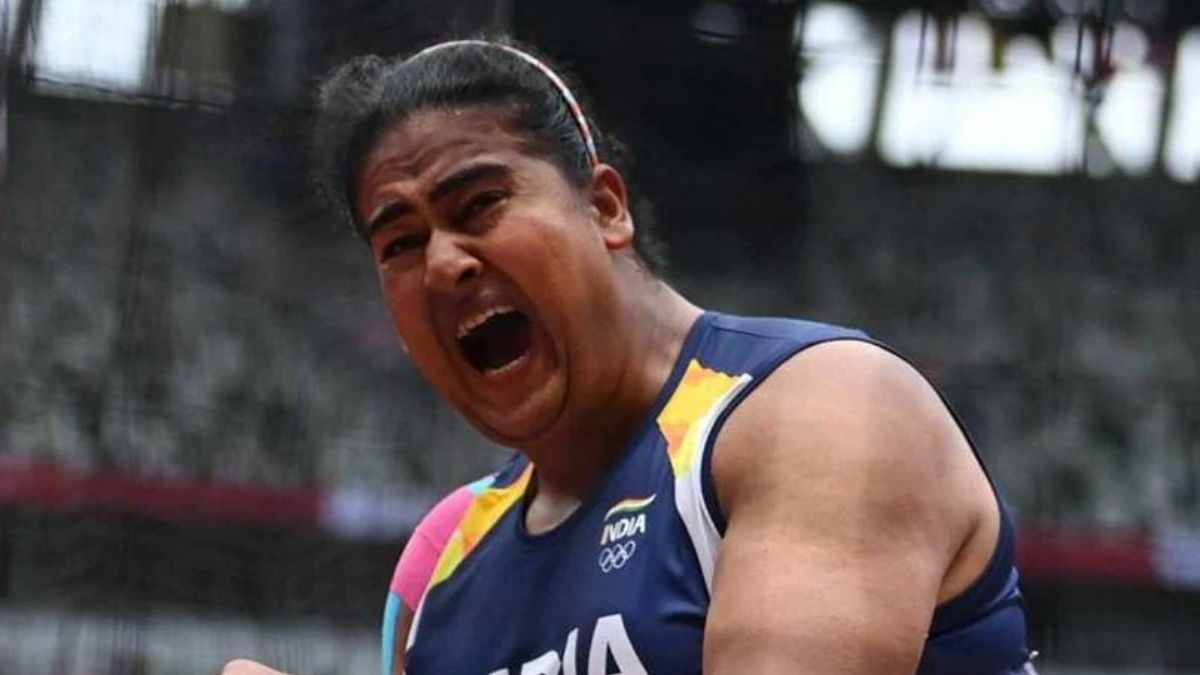 Kamalpreet Kaur discus thrower has given one of the best performances by an Indian in the Olympics. She made it to the finals of the ongoing games after finishing second in the qualifying round that happened on Saturday. Kamalpreet Kaur who is 25 years old was competing in qualification B. She has sent a discus to a distance of 64m in her third and final attempt which made her be one of the only two automatic qualifiers for the final round. The other one who qualified was the American Valarie Allman who sent the discus to a distance of 66.42m.

The finals of the discus throw will be held on 2nd August.

But veteran Seema Punia exited after finishing sixth in the qualification A and 16 th position overall with a below-par best throw of 60.57m.

The criteria to reach the finals is the competitor should throw the discus at a distance of 64m. Otherwise, 12 best performers in the two qualifying rounds will enter the finals.

The Punjab athlete has showcased some impressive performances this year as she crossed the landmark of 65m twice recently.
It was during the Federation Cup she threw the discus to a distance of 65.06m to break the national record and also became the first Indian in discus throw to reach the landmark of 65m.

It was again in June, she broke her own she broke her record with a throw of 66.59 during the Indian Grand Prix-4 to sit at world number six.

Jorinde Van Klinken the season leader of the Netherland failed to make it to the finals with a modest throw of 61.15m. She had a season-best of 70.22m while Allman was second best this year at 70.01m.

Punia who booked her last-minute Olympic spot, her performances in the Olympics were way below her season and personal best marks. She fouled in her first and the remaining two throws that she had only 60.57m and 58.93m respectively as she had exited what could be the last Olympic appearances.

The Haryana athlete who is 38 years old made it to the Olympics on the day of the deadline with a throw of during the National Inter-State Championship in Patiala on June 29.

Her highest was 64.84 she produced the performances way back in the year 2004.

It was only in this season we could see her in action after appearing for the 2018 Asian Games in Jakarta when she won a bronze.

The veteran discus thrower participated four times in the Olympics but failed to qualify for the final round each time.

Punia made her country proud by winning a medal in all four Commonwealth Games that happened since 2006. She won three silver and one bronze.

She also won gold and bronze in the year 2014 and 2018 Asian Games respectively.

Indian discus throwerKamalpreet KaurOlympic Tokyo 2020Seema PuniaTokyo 2021Tokyo Olympics
Share
Subscribe to our newsletter
Get your daily dose of Cricket, Football, Tennis & other favorite sports with handpicked stories delivered directly to your inbox.
You can unsubscribe at any time