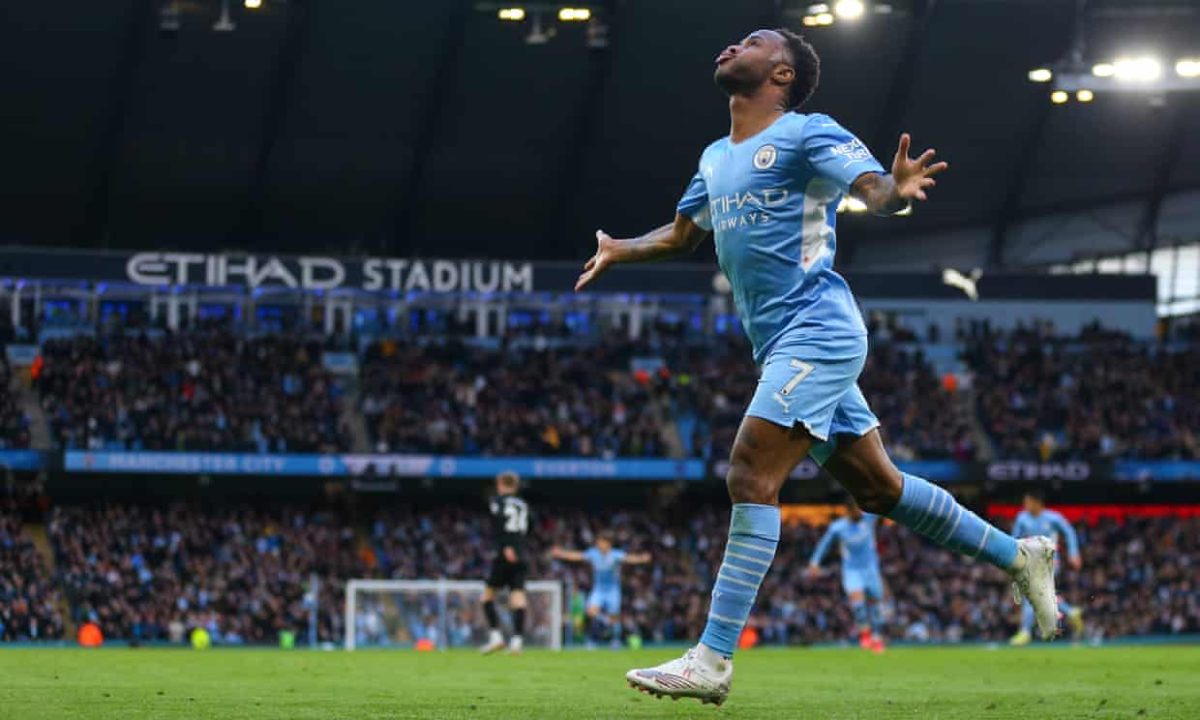 Manchester City is now three points below leaders Chelsea with a win over Everton on Sunday.

Everton took a hit in the 17th minute when Demarai Gray was injured and Alex Iwobi came on in his place.

City dominated the opening stages and later received a penalty when referee Stuart Atwell believed Michael Keane had fouled Sterling in the penalty area. The decision was overturned and City didn’t even get a free-kick.

The impasse was finally broken in the 44th minute when Sterling snapped a scandalous pass from João Cancelo’s football boot and finished brilliantly.

In the second half, City was in the lead with an even better goal when Rodri rocked the net from 25 meters almost into the top corner.

Sterling then had a chance to score all three when Kyle Walker found him completely unmarked with a low centre but the English winger tried too smart and Jordan Pickford was able to put the ball down.

But Bernardo Silva sealed the win when he tapped from close range after Cole Palmer’s shot went off his track.

Everton is now on a six-match losing streak.

2021–22 Premier LeagueEvertonManchester City
Share
Subscribe to our newsletter
Get your daily dose of Cricket, Football, Tennis & other favorite sports with handpicked stories delivered directly to your inbox.
You can unsubscribe at any time