Manchester United are negotiating with Ole for his dismissal as the club’s coach after a disaster show against Watford F.C 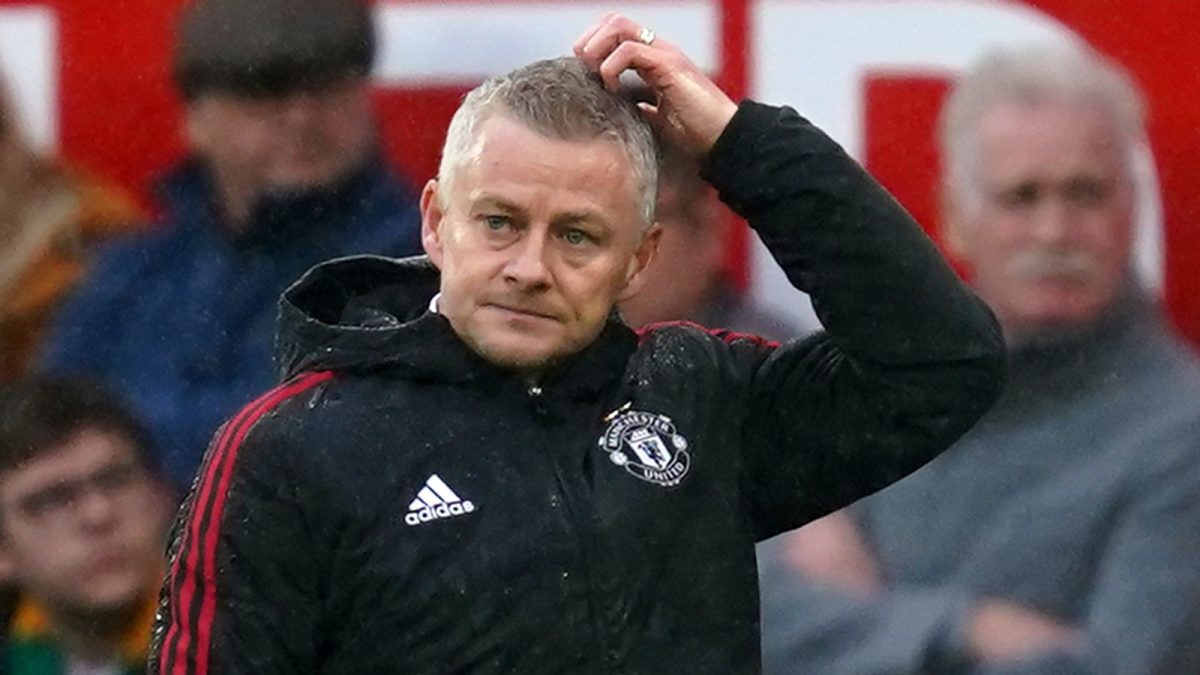 Manchester United have reportedly made the decision to sack Ole Gunnar Solskjaer as coach following their unfortunate loss at Watford on Saturday.
An emergency board meeting was called at 7:00 p.m. local time, and Sky Sports subsequently claimed that the 48-year-old’s future would be “undecided” after the deal.

However, the Times has reported that the Premier League has begun releasing Solskajer from his duties.
According to the newspaper, “the group’s managing director, Richard Arnold, was hired to negotiate with the Norwegian the exact terms of Solskajer’s departure.

“It is believed that it would cost United around £ 7.5m in severance pay to end his three-year term.”
Numerous other media are also reporting on the imminent departure of Solskjaer, and transfer guru Fabrizio Romano has published that the decision will be made as soon as co-owner Joel Glazer gives the go-ahead. 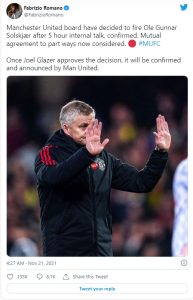 United are seventh in the Premier League after losing at Vicarage Road and it looks like this may have been the final straw for Glazer’s position as owner.

Darren Fletcher could temporarily take the helm, he could be assisted by Michael Carrick, whose position at the club will remain intact until Saturday night, and sources suggest the pair would be part of a tidal structure. United when no immediate solution is found. ‘

The Times’ Henry Winter praised Solskjaer for his leadership skills but admitted  his firing was inevitable:

‘Solskjaer stepped into #mufc and cleared post-Mourinho tensions. and the players had to lighten their spirits and Solskjaer did it because the club was close to his heart. No ego. But he’s not a high-level trainer. The players had to organize themselves better. The exit is inevitable”. 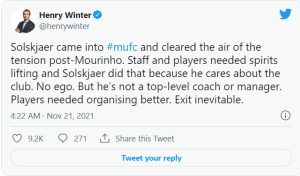 2021–22 Premier LeagueFootballManchester UnitedOle Gunnar SolskjaerSacking
Share
Subscribe to our newsletter
Get your daily dose of Cricket, Football, Tennis & other favorite sports with handpicked stories delivered directly to your inbox.
You can unsubscribe at any time