Australian Test Skipper Tim Paine found himself in trouble after his chats with his co-worker from 2017 got leaked which contained some explicit content. 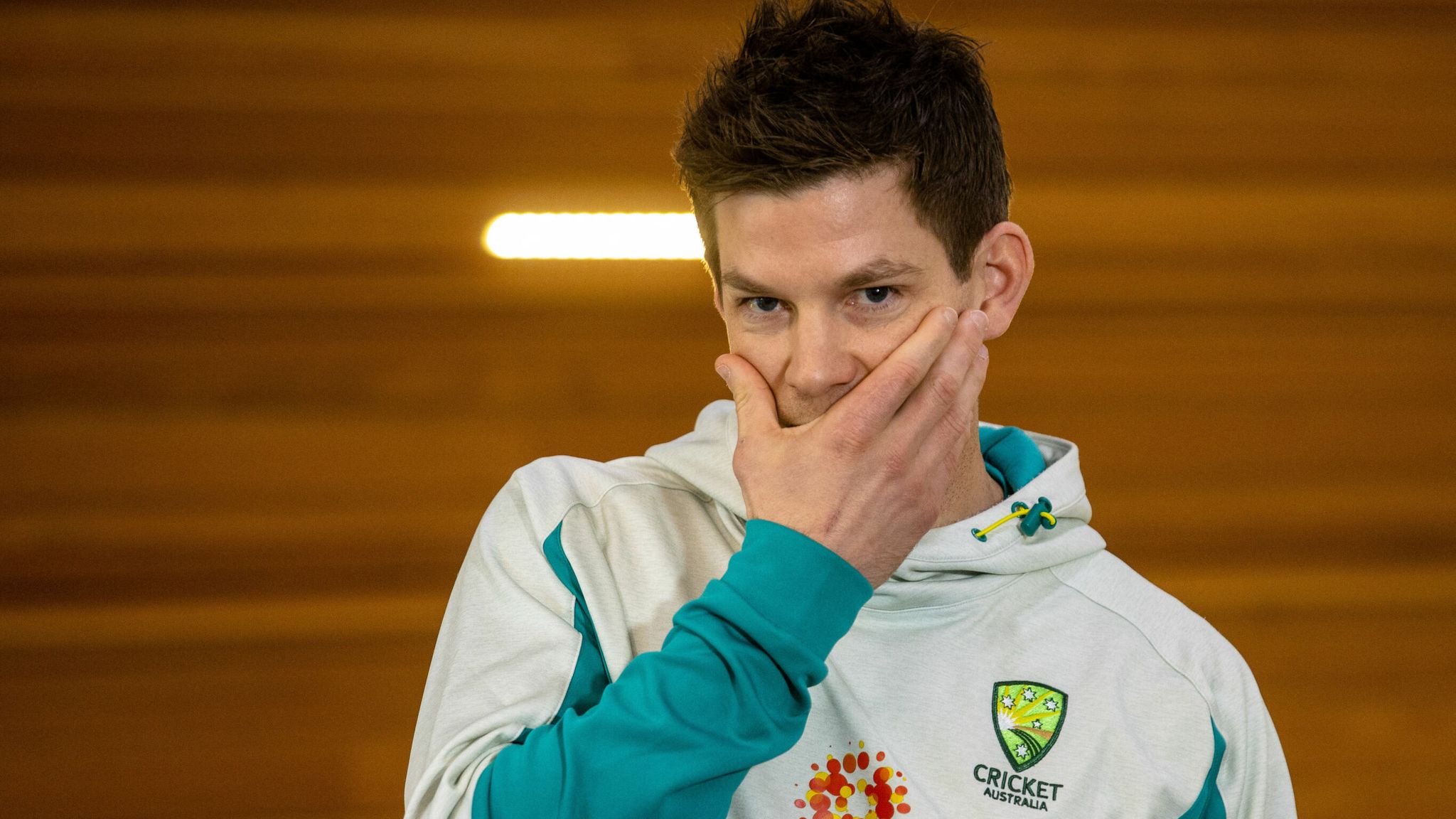 Tim Paine resigned as Australia Test cricket captain on Friday (November 19) for sending inappropriate text messages to a colleague, despite an investigation by the Cricket Australia governing body exonerating him of any breach of its Code of Conduct. Stepping down, a decision Paine said knowing the agency’s Integrity Department investigation would be made public.

“Although exonerated, I deeply regretted this incident at the time, and still do today,” he told a news conference in the city of Hobart. “I spoke to my wife and family at the time and am enormously grateful for their forgiveness and support.” 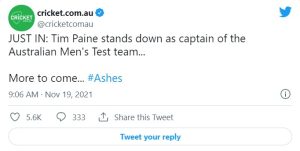 A Cricket Tasmania employee was reportedly offended by “Paine’s sexually explicit, unwanted photo of his genitals in addition to graphic sexual comments.”

However, Paine will still be part of the Australian team. “It’s an incredibly difficult decision, but the right one for me, my family and cricket,” said Paine.

Cricket Australia’s statement said its board had accepted Paine’s resignation and will look to appoint a new test skipper.

“Tim felt it was in the best interests of his family and Australian cricket to take this decision to step down as captain,” CA board chairman Richard Freudenstein said. “While the board accepts an investigation cleared Tim of any breach of the code of conduct regarding this matter some years ago, we respect his decision.

“CA does not support this type of language or behaviour. Despite the mistake made by him, Tim has been an exceptional leader since his appointment and the board thanks him for his distinguished service.”

Cricket Australia said Paine “will continue to be available for selection in the test team through the summer series of Ashes”.

Ashes 2021CricketCricket AustraliaScandalTestTim Paine
Share
Subscribe to our newsletter
Get your daily dose of Cricket, Football, Tennis & other favorite sports with handpicked stories delivered directly to your inbox.
You can unsubscribe at any time