At the ongoing WBBL 2021, Sydney Thunder wins against Brisbane Heat by just 9 runs as their bowling unit delivered. While chasing, Brisbane Heat were in a comfortable position early on but the excellent bowling effort of Thunder’s couldn’t let them win. 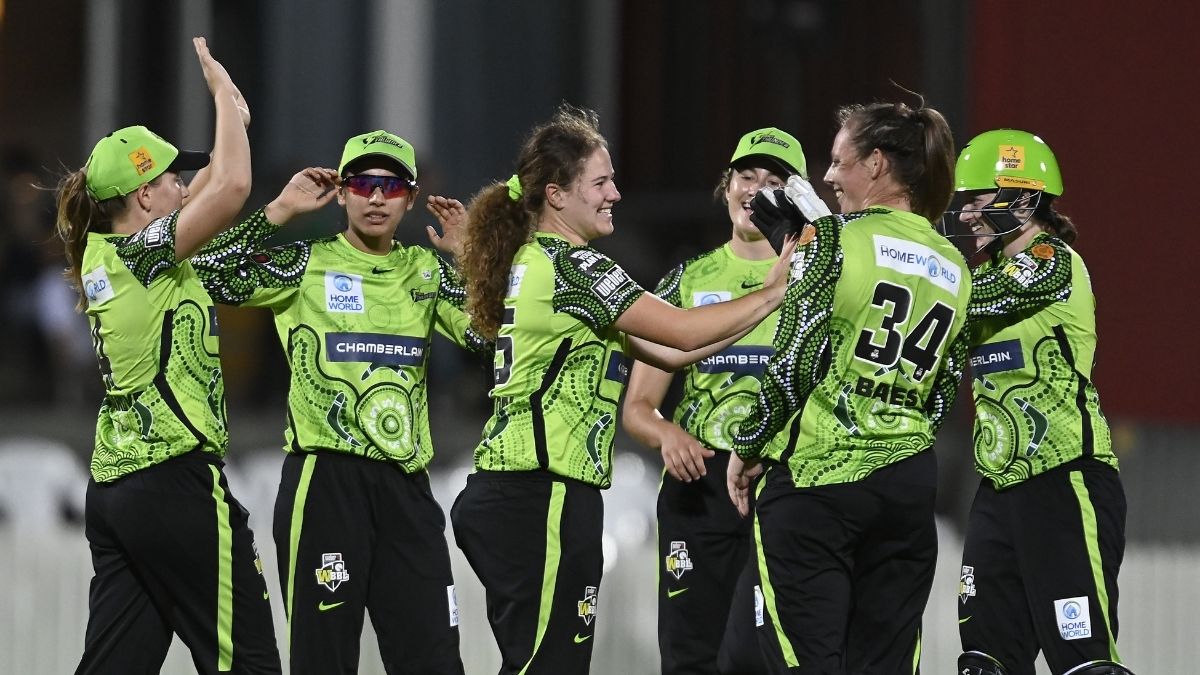 The 5oth Match of the Weber WBBL 2021 was a Brisbane Heat vs Sydney Thunder encounter played on Friday, 19th November 2021 at the Great Barrier Reef Arena, Mackay in Australia.

Sydney Thunder Women won the toss and elected to bat.

The Sydney Thunder had a great start, as they were 53/0 after the powerplay. However, the 1st wicket fell in the form of Smriti Mandhana on 29 (off 24 balls), she was caught behind by wicketkeeper Georgia Redmayne. Thunder were 58/1 in 6.3 overs.

Then, a 52 run partnership between Sammy-Jo Johnson & Phoebe Litchfield was stopped, due to a great fielding effort – a direct hit by Courtney Sippel to dismiss set batter Johnson on 52 (off 36 balls). A few deliveries later Litchfield was dismissed on 24 (off 21 balls). With that, Sydney Thunder were at 114/3 (13.3 overs).

The next dismissal was of Issy Wong as Nicola Hancock picked the wicket. They were 116/4 in 14.1 overs. In the end,  there was another dismissal of Tahlia Wilson. Sydney Thunder was at 144/5 (18.2 overs).

It was a  great start for Brisbane Heat, as they were 52/0 after the powerplay. Meanwhile, after the drinks break, they were at 88/0.

However, Samantha Bates, then, picked 2 wickets in an over as she dismissed Grace Harris on 50 (off 34 balls) & Laura Kimmince on a duck. At this stage, Brisbane Heat were 99/2 in 11.3 overs.

Then two quick run-outs of Ellie Johnston & Georgia Voll turned the game around as Brisbane Heat were at 114/4 (14.4 overs).

Another dismissal of set batter Georgia Redmayne on 54 (off 52 balls), was caught by Deepti Sharma with Sammy-Jo Johnson picking up the wicket lead to them being 130/5 in 16.4 overs.

In the end, Brisbane Heat needed 15 Runs of the last 6. For Sydney Thunder’s Deepti Sharma bowled the last over. Sharma then delivered as she picked the wickets of Nicola Hancock and Nadine de Klerk & defended the total. Brisbane Heat finished their innings at 153/9 (20 overs).

All heart from the @ThunderBBL! 💚 That completes a day of upsets 👀