Sara had the perfect response for a woman who tried to mock her for wasting her father’s money on coffee. 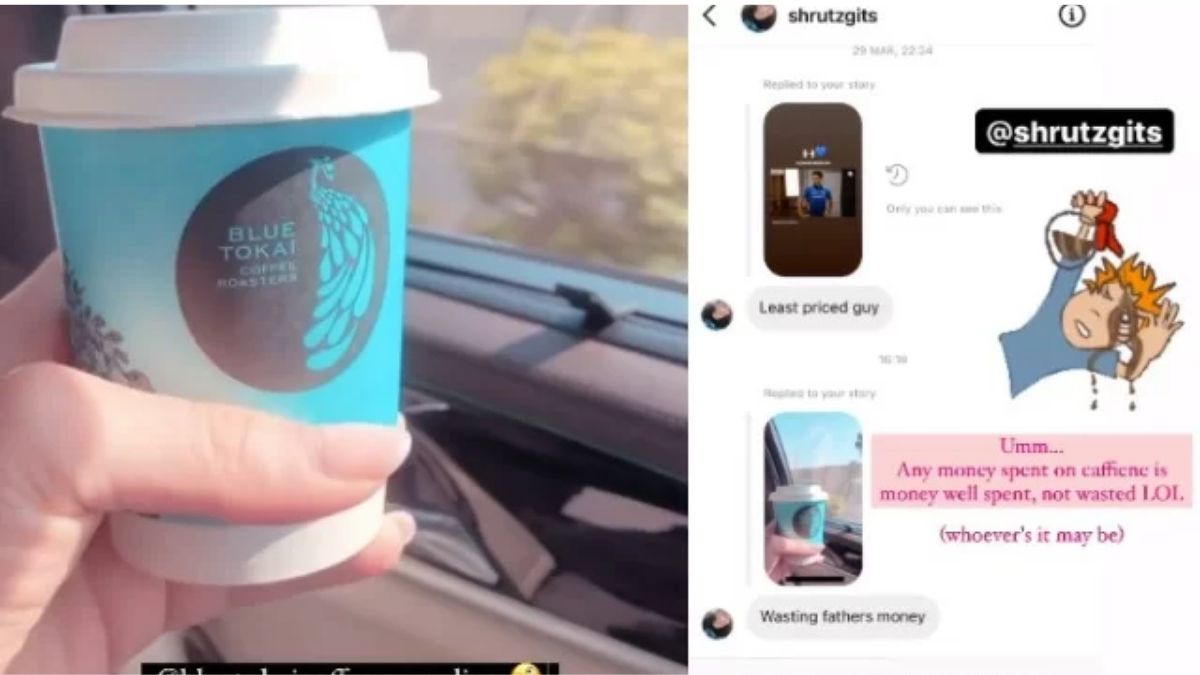 Sara Tendulkar, daughter of cricket legend Sachin Tendulkar is a social media celebrity boasting a massive following of 1.2 million people on Instagram but social media popularity has its downsides. She often faces it when haters try to bully her, scrutinizing her every post and judging her every action.

Recently, Sara shared a post of her relishing the “Blue Tokai coffee”  which didn’t go down well with some people who tried to blame her for wasting her father’s money. However, Sara set these people straight who tried to troll her for nothing.

Tagging the girl, she posted on Instagram “Ummm…Any money spent on caffeine is money well spent, not wasted LOL (whoever’s it may be)”.

Wasim Jaffer has a hilarious reaction to Michael…

Earlier the same woman had mocked her brother Arjun Tendulkar who is a bowler for being the “least price guy” at the IPL auction when he was picked up by Mumbai Indians for an amount of 20 lacs. The message mocking Arjun could be seen in the screenshot posted by her on Instagram.

While the incidences of celebrity kid being bullied for their life choices is common. Sara Tendulkar’s response is a welcome shift in the pattern.

CricketIndia Cricket teamSachin TendulkarSara Tendulkar
Share
Subscribe to our newsletter
Get your daily dose of Cricket, Football, Tennis & other favorite sports with handpicked stories delivered directly to your inbox.
You can unsubscribe at any time

IPL 2021: What is the Twitter battle between RCB, RR and CSK about?

IPL 2021: Cheteshwar Pujara and Deepak Chahar are seen playing table tennis but with…