The former world no.1 believed that the tournament would have given him necessary ranking points. 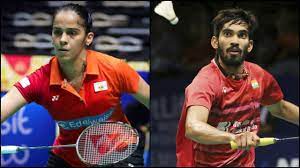 The BWF India Open 2021, which was scheduled to be held in Delhi from May 11 to 16, has been recently due to hike in COVID-19 cases. This has put the players at a disadvantage especially for those who were looking to gain points for Olympic qualification which is less than 100 days away from now.

One of the players who has been pushed into this situation is Kidambi Srikanth, who was the quarterfinalist at the Rio Olympics 2016. Srikanth was disappointed over the fact that the India Open 2021 was canceled. The former world no.1 believed that the tournament would have given him necessary ranking points. Srikanth is also a former winner from this tournament and also the runner-up from 2019 when he lost to Viktor Axelsen.

Currently, Srikanth is placed at 20th position in the Race To Tokyo after B Sai Praneeth who is placed at no.13 and in a much comfortable position than Srikanth.

He believes that things are not under his control and he must look forward to the two remaining tournaments- Malaysia Open (Super 500) from May 25-30 and Singapore Open (Super 500) from June 1-6 where he would look to perform well and accumulate as many points as possible to gain the ranking points.

Srikanth was the world no.1 for a week in 2018 and he also had a fabulous 2017 as well. Things haven’t been good for him since the year 2019 and he would surely look to bounce back.

On this day in 1998: Sachin Tendulkar played an epic “Desert storm” knock against Australia at Sharjah

Andrea Agnelli has been replaced as chairman of ECA by Paris St-Germain (PSG) president Nasser Al-Khelaifi.