The fate of MVP’s hurt business 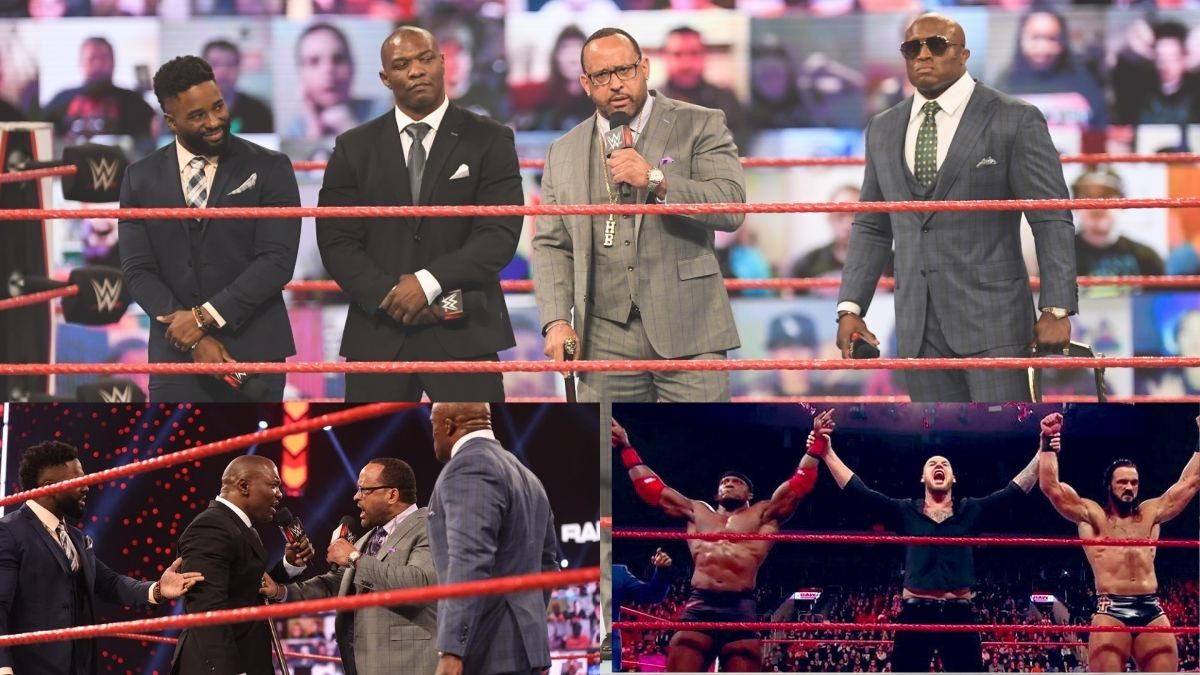 On this week’s WWE flagship programming of Monday Night RAW, “THE HURT BUSINESS” kicked out, two of the founding members from their stable.

Cedric Alexander and Shelton Benjamin were dropped off from the stable. MVP explained this action later, “They were given opportunities to show their value to the company. They didn’t get the job done and were given the pink slip,” said MVP. “It’s just business, nothing personal. Every corporation has to drop dead weight .”

Also, in an interesting shift, Smackdown’s Baron Corbin, came down to help WWE Champion Bobby Lashley, to beat the crap out of his WRESTLEMANIA challenger Drew Mcintyre to call the curtain off the show for this week. Corbin tweeted after this “OUT OF NOWHERE” ending to the show.

We used to run #WWERaw, we destroyed monsters and punished everyone.

Then one guy sold out and wanted to sell T-shirt’s @fightbobby made an offer and I showed up! pic.twitter.com/RKXeqTLjfC

MVP appeared on RAW talk to explain whether he knew Corbin was going to appear on the red brand.

“I am not going to say whether I knew he was going to show up. But I will say that I like his entrepreneurial skills.”

This is surely an interesting direction that WWE has taken, just two weeks before their SHOW OF SHOWS, WrestleMania 37 and it’s not a good time to piss off Drew Mcintyre, as there would be repercussions to follow.

Andrey Rublev gives a shocking statement, says would not get Vaccinated if given a choice

In the World Cup 2022 qualifiers, why are teams protesting Qatar?