Tokyo 2020: Indian boxer Mary Kom gets knocked out in her final Olympic outings 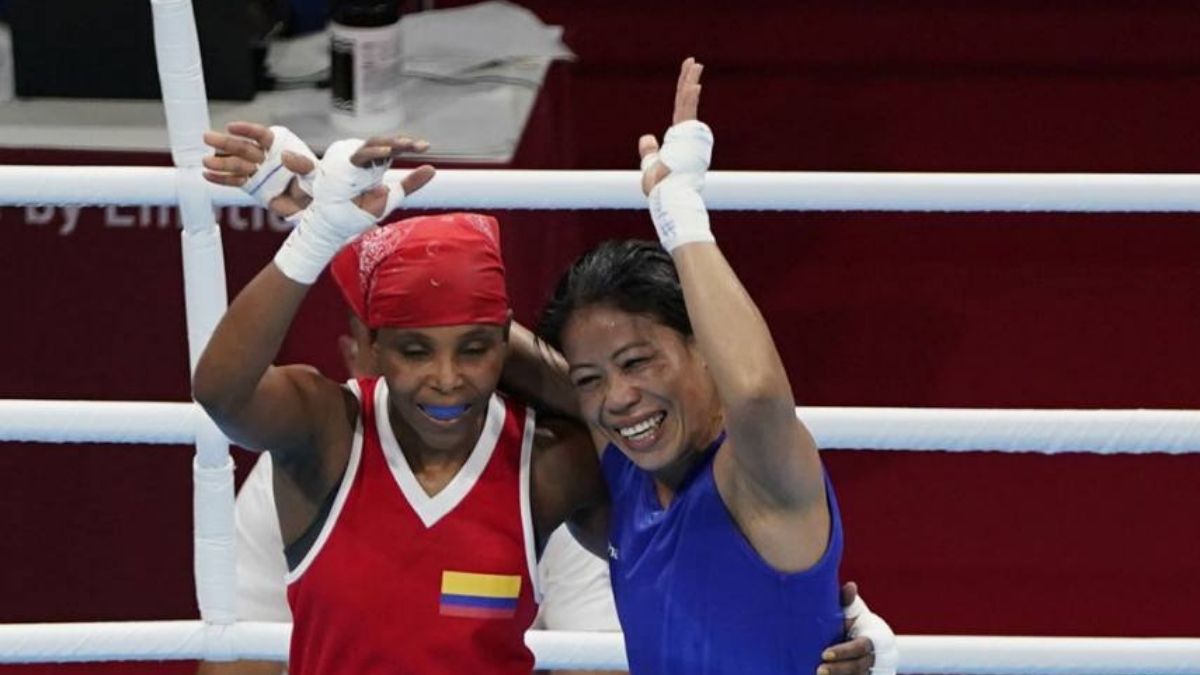 Six-time world champion MC Mary Kom’s  (51kg) pursuit of the second Olympic medal, her journey in this Tokyo Olympic ended in the pre-quarterfinals as he was defeated by 2016 edition’s bronze-medallist Ingrid Valencia in a fiercely-fought showdown here on Thursday.

Despite winning two of the three rounds, Mary Kom ended up losing to Ingrid Valencia.

The boxing legend of India Mary Kom said that she was perplexed after the bout “I don’t know what happened, I thought in the first round, we were both trying to figure out strategies and I won the next two”.

Mary Kom trailed 4-1 in the opening round with four of the five judges scoring 10-9 in favor of Valencia.

But in the next two rounds, the Indian boxer got three of the five judges to rule in her favor but the overall scoreline was still in favor of Valencia.

Mary Kom clinched the third round too but once again, it was 3-2, and couldn’t score 4-1 which is what she required, to swing the final score in her favor. The 38-year-old, who won the Asian champion multiple times and was also a bronze winner from the 2012 London Olympics, lost 2-3 to the Colombian, she tried all her level best which would probably now be her final Olympic bout.

Mary Kom Indian boxer showed her disappointment as she had tears in her eyes and a wide smile on her face when the referee raised Valencia at the end of the bout, as she was exhausted after the intense clash.

Indian boxer legend said that “I can still fight; I am still strong enough. If you willpower the wer (you can fight), of course, training is also important along with discipline. I have been fighting for 20 years “.

“Manipuri people have fighting spirit both men and women. But women have extra”, laughed the mother of four who is also Rajya Sabha MP. The way Valencia rushed in when the first bell rang, it was quite obvious that the bout would be high voltage and it was exactly how it turned out to be.

The two were attacking each other from word go and it was looked like Valencia was determined to avenge her previous two losses to the Indian boxing legend Mary Kom.

Chott Lal Yadav the national assistant and personal trainer of Mary Kom said that “I don’t understand this scoring system, how did she lose the first round 1-4 when there hardly separating these two”.
“It is a disappointment but that’s luck I guess”, he added.

In the end, we could see mutual respect on display as Mary Kom offering a warm hug to Valencia. who even proceeded to raise the Indian hand to show her admiration

“When I look at my memories, it’s been incredible. It’s very easy to say I’m a one, two-time world champion, but in reality, doing that is not easy. You have to have a unique personality”, said Mary Kom, a truly unique sporting icon whose achievements would be hard to surpass for a while.

Indian boxing legendIngrit Lorena Victoria ValenciaMary komOlympic Tokyo 2020Tokyo 2021Tokyo Olympics
Share
Subscribe to our newsletter
Get your daily dose of Cricket, Football, Tennis & other favorite sports with handpicked stories delivered directly to your inbox.
You can unsubscribe at any time