WBBL 2021: A comfortable victory for Sydney Sixers as they beat Perth Scorchers by 44 Runs

Alyssa Healy’s fine innings of 94* (off 57 balls), puts 161 Runs on board for Sydney Sixers. However, Sydney Sixers’s bowling unit showcased a dominating performance as they beat Perth Scorchers by 44 Runs in WBBL 2021. 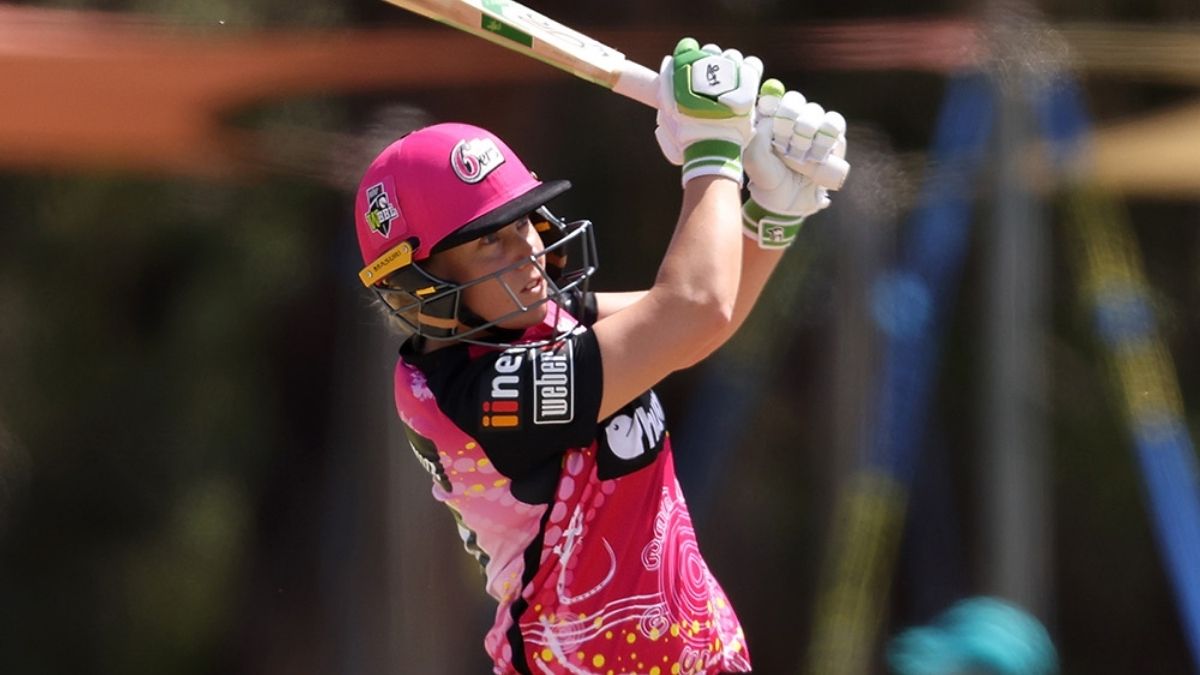 WBBL 2021 – The Line-up for Perth Scorchers vs Sydney Sixers

Sydney Sixers Women won the toss and elected to bat.

The Sydney Sixers Women had an excellent start as their openers Alyssa Healy and Ellyse Perry made a 100 Run Partnership. They were dominating. But Captain Ellyse Perry lost her wicket as she was bowled out by Taneale Peschel. Ellyse Perry departed scoring 31 Runs (off 39 balls). Sydney Sixers was 101/1 (12.4 overs).

Then again Taneale Peschel strikes for Perth Scorchers, Ashleigh Gardner is dismissed as Heather Graham takes a simple catch. At this stage, Sydney Sixers was at 119/2 (16.3 overs).

However, a good fielding effort by Marizanne Kapp sees the dismissal of the Indian youngster Shafali Verma as she is run out. With this, Sydney Sixers was 139/3 in 18.2 overs.

But it was the opener, Alyssa Healy’s fine innings of 94* (off 57 balls), that puts 161 Runs on the board for Sydney Sixers. Alyssa Healy had hit 12 fours and 2 sixes in her innings. She along with Maitlan Brown 6* (off 5 balls) remained unbeaten.

In response to the target set by Sydney Sixers, Perth Scorchers lost wickets in quick intervals. As they lost a wicket early on, of their Captain Sophie Devine. Perth Scorchers was 19/1 (3.4 overs).

But then a 48 Run Stand was made between Beth Mooney & Chloe Piparo. However, Nicole Bolton then strikes for Sydney Sixers as she picked 2 Wickets in an over. Sends back Chloe Piparo on 29 (off 29 balls) and Chamari Atapattu on a duck. With that, the Perth Scorchers were 67/3 (11.5 overs).

Then, after that Perth Scorchers lost 3 wickets in quick succession as Beth Mooney – 30 Runs (off 29 balls), Marizanne Kapp and Heather Graham were back in the pavilion. Perth Scorchers was 98/6 (16.5 overs).

For Sydney Sixers, this time it’s Lauren Cheatle who picked 2 Wickets in an over as she dismissed Alana King & Lilly Mills. Perth Scorchers was at 110/8 in 18.6 overs. The last over also had a dismissal, with that Perth Scorchers finished their innings at 117/9 (20 overs).

As a result, Sydney Sixers Women won the match by 44 Runs. Hence, the Player of the Match was awarded to Alyssa Healy for her amazing innings of 94* (off 57 balls).

The @SixersBBL snap their losing streak with an emphatic win over the Scorchers!

2021 WBBLAlyssa HealyLilac Hill ParkPerth Scorchers vs Sydney SixersPerth Scorchers WomenSydney Sixers WomenWBBL|07Women's Big Bash League
Share
Subscribe to our newsletter
Get your daily dose of Cricket, Football, Tennis & other favorite sports with handpicked stories delivered directly to your inbox.
You can unsubscribe at any time

Asghar Afghan to retire from international cricket after game against Namibia