At the ongoing WBBL|07, after restricting Sydney Sixers to 91 due to their excellent bowling effort, Brisbane Heat experienced a hiccup while chasing the total. However, in the end, Brisbane Heat won the match by 3 wickets. 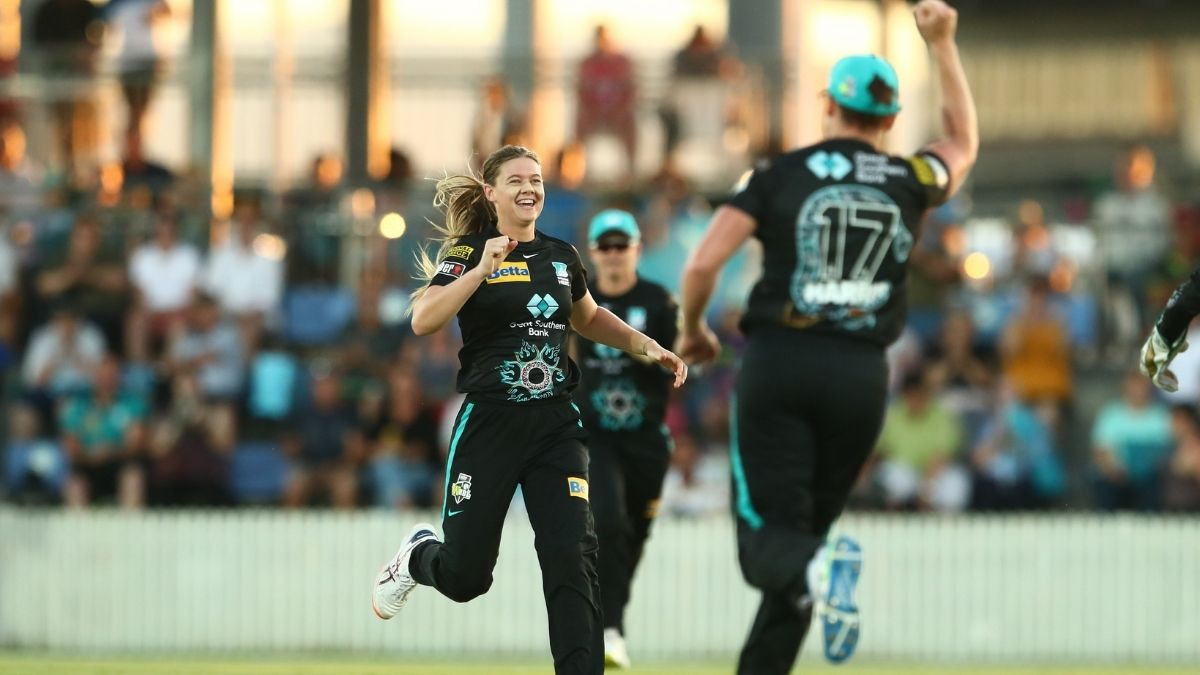 The 44th Match of the Weber WBBL|07 was a Brisbane Heat vs Sydney Sixers encounter played on Saturday, 13th November 2021 at the Great Barrier Reef Arena, Mackay in Australia.

Brisbane Heat Women won the toss and elected to bowl.

Excellent bowling by Brisbane Heat’s Courtney Sippel as it’s a double-wicket maiden over for her – dismisses both Alyssa Healy and Ashleigh Gardner. Sydney Sixers was 6/2 (1.6 overs).

Then Heat’s skipper Jess Jonassen dismissed her counterpart, Ellyse Perry and the Sixers were 21/3 (5.4 overs).

However, Poonam Yadav then picked the wicket of fellow Indian Teammate Shafali Verma. Sydney Sixers was at 34/4 in 8.6 overs.

Meanwhile, a great fielding effort by Mikayla Hinkley to dismiss Nicole Bolton. Hinkley does an amazing diving catch as Jess Jonassen picked the wicket. With that, Sydney Sixers was 56/5 (13.3 overs).

In all its glory.

Chasing a below-par total, Brisbane Heat found themselves in trouble early on. During the powerplay, Lauren Cheatle picked three wickets – Grace Harris on a duck, Georgia Voll and Georgia Redmayne. Brisbane Heat was at 36/3 (4.4 overs).

Meanwhile, in the last over of the powerplay, Anneke Bosch got dismissed and they were 37/4 in 5.3 overs.

However, lost 3 wickets in quick succession of Jess Jonassen, Laura Kimmince and Mikayla Hinkley. Brisbane Heat was at 87/7 (13.2 overs). In the end, just 5 Runs was needed off 40 balls – Nadine de Klerk and Courtney Sippel guided their team to victory. Brisbane Heat finished their innings at 92/7 (14.1 overs).

As a result, Brisbane Heat Women won the match by 3 wickets. Hence, the Player of the Match was awarded to Courtney Sippel – 2/12.

What a night. The @HeatBBL emerge victorious after a fiery battle in Mackay!

WBBL|07: Three consecutive wins for Adelaide Strikers as they beat Hobart Hurricanes by 48 runs, are into the top four