WBBL|07: Three consecutive wins for Adelaide Strikers as they beat Hobart Hurricanes by 48 runs, are into the top four

At the ongoing WBBL|07, excellent bowling effort by Adelaide Strikers to defend their total. As a result, won by 48 runs against Hobart Hurricanes. 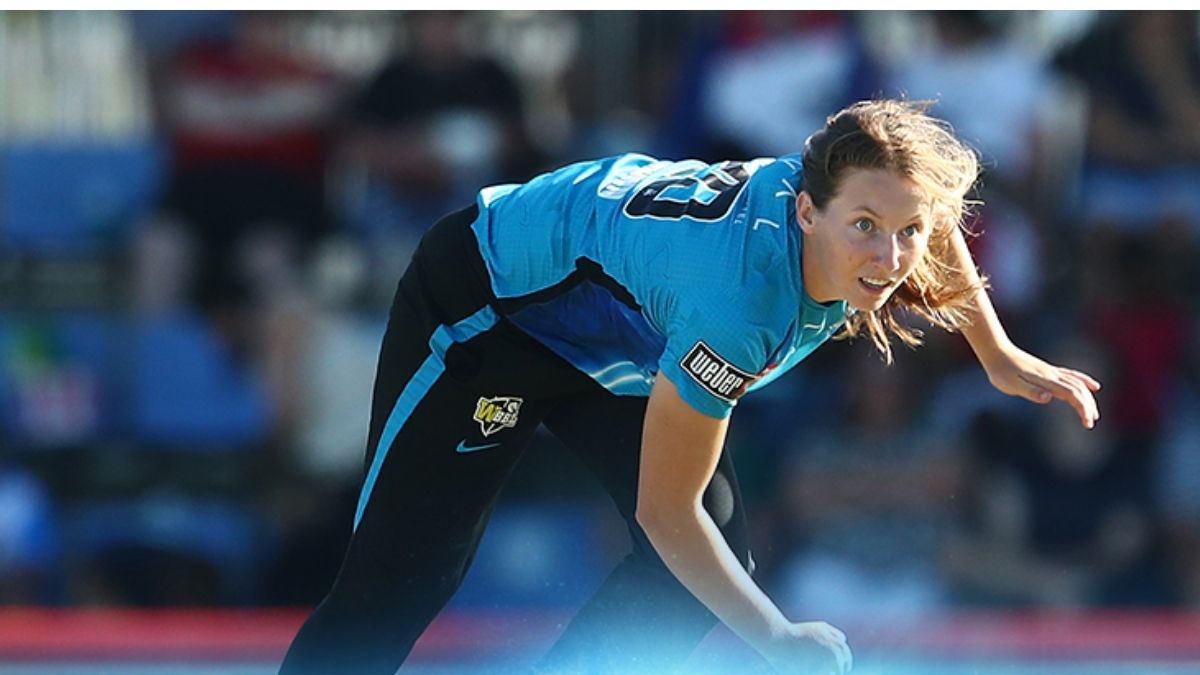 The 43rd Match of the Weber WBBL|07 was an Adelaide Strikers vs Hobart Hurricanes encounter played on Saturday, 13th November 2021 at the Great Barrier Reef Arena, Mackay in Australia.

Hobart Hurricanes Women won the toss and elected to bowl.

An early wicket falls for Adelaide Strikers as Katie Mack is bowled out by Tayla Vlaeminck. They were 2/1 (0.6 overs). By the end of the powerplay Strikers were 35/1.

However, another dismissal of Laura Wolvaardt on 25 (off 25 balls) is caught behind by (WK) Rachel Priest as Molly Strano picked the wicket. Adelaide Strikers was 49/2 in 8.2 overs.

Then set batter Dane van Niekerk is dismissed on 44 (off 38 balls), again it’s Molly Strano for Hobart Hurricanes. At that stage, Strikers were 88/3 (14.1 overs).

Meanwhile, after a steady 54 Run Partnership with skipper Tahlia McGrath, Bridget Patterson departed playing a fine knock of 25 (off 17 balls) in the last ball of the innings. Whereas McGrath on 38* (off 37 balls) remained unbeaten. Adelaide Strikers finished their innings at 142/4 (20 overs).

While chasing, two wickets fall in quick succession for Hobart Hurricanes of Naomi Stalenberg and Rachel Priest. They were 16/2 (3.2 overs). Hurricanes were struggling as after the powerplay were on 27/2.

However, disciplined and effective bowling from Adelaide Strikers resulted in a batting collapse for the Hobart Hurricanes. As they lost 3 wickets in quick succession of Mignon du Preez, Nicola Carey and Richa Ghosh. With that, Hurricanes were 44/5 in 9.4 overs.

As a result, Adelaide Strikers Women won the match by 48 runs. Hence, the Player of the Match was awarded to Darcie Brown – 3/19.

The @StrikersWBBL seem to be peaking at just the right time! They're into the top four 👀