Blaugrana captain Sergio Busquets announced that his side will definitely remain in the hunt for the La Liga title. 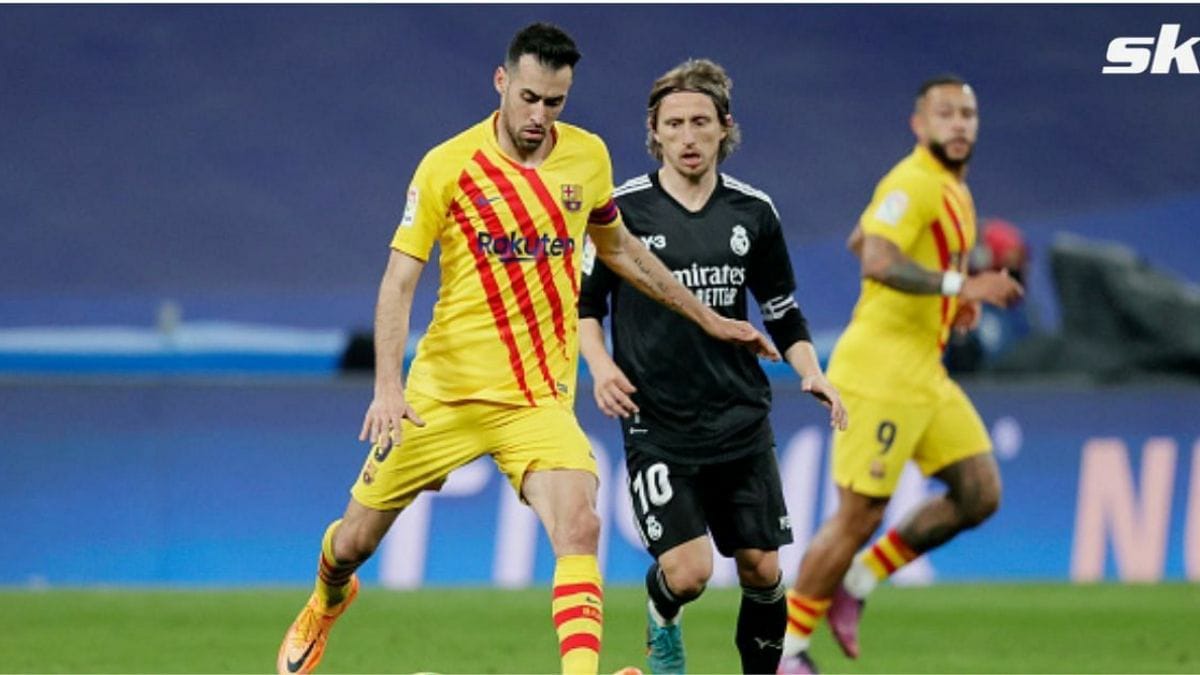 Soon after Barcelona emphatically defeated Real Madrid 4-0 at the Bernabeu in last night’s El Clasico, Blaugrana captain Sergio Busquets announced that his side will definitely remain in the hunt for the La Liga title.

Heading into the match, not many would have anticipated Real Madrid to capitulate the way they did, but Barca put in a very memorable performance to beat Los Blancos on their own stomping ground.

Although the two sides found themselves with early chances, it was Barcelona’s Pierre Emerick-Aubameyang who opened the scoring in the 29th minute. Ronald Araujo doubled the lead a few minutes later when he headed home from a corner to give the opponents a comfortable 2-0 lead heading into the half-time break.

The second half saw things go from bad to worse for Real Madrid as Ferran Torres scored Barca’s third goal of the night just minutes into the half. Aubameyang then scored his second goal in the 51st minute to complete the dominant 4-0 rout.

“Today I think everything worked out for us, I think we could have scored many more goals today. Look, we knew if we did things properly today we would win. That’s what we’ve been doing with this coach.

“We could have scored more goals. If we have the slightest chance in the league we will go for it, it is difficult but we must be prepared in case points are left. First you have to put yourself in second place, because Sevilla is there.

“In the last Clásico we played under Xavi we also had control and possession but they did much more damage to us on the counterattack and today we controlled it very well.”

BarcelonaSergio Busquets
Share
Subscribe to our newsletter
Get your daily dose of Cricket, Football, Tennis & other favorite sports with handpicked stories delivered directly to your inbox.
You can unsubscribe at any time