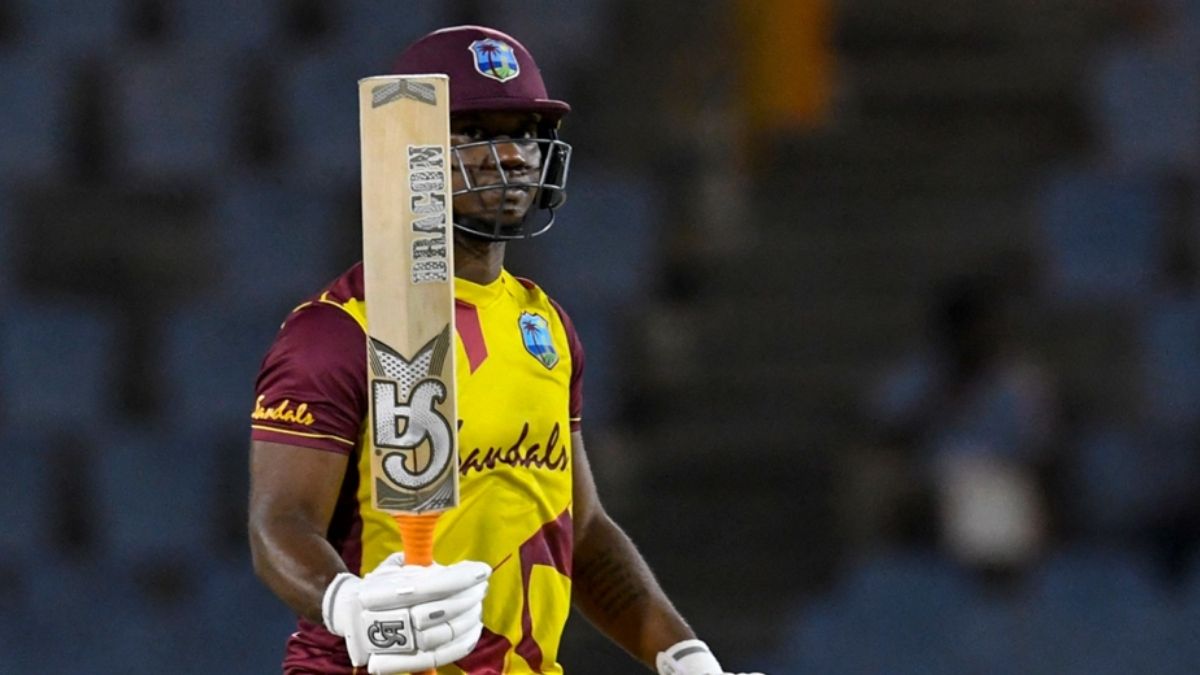 West Indies had already won the series despite Australia winning the last T20I by a narrow margin. West Indies would look to close the series 4-1 under the new captain Nicholas Pooran. Australia tough lost the series would like to end the series on a positive note. West Indies have made only one change to the playing XI that is Darren Bravo joins the team in place of Akeal Hosein. Australia made changes as Swepson, Andrew Tye, Josh Philippe, and Hazlewood gets an opportunity.

West Indies captain Nicholas Pooran having won the toss first time in this series chose to bat. Andre Fletcher and Evin Lewis opened the innings for the West Indies. Evin Lewis was smashing the Australian bowlers all over the park whereas Fletcher on the other hand struggled to rotate strike. Zampa dismissed Fletcher cheaply in the 5th over. It was the partnership between Evin Lewis and Chris Gayle that West Indie put an unbelievable score of 81 runs in the powerplay by just losing on the wicket.

Chris Gayle was dismissed by Swepson just after the power play was over. As he played a brief little cameo of scoring 21 runs off just 7 balls. Australia got control over the run rate after the wicket of Evin Lewis. The option of Lendi Simmons in the middle order didn’t seem to work that well. As it gave Australia the opportunity to restrict West Indies to a chase-able target. But Nicholas Pooran tried his best to finish the innings well. Australia has come back by restricting West Indies to a total below 200.

Australia has to chase the big target of 200 to win the 5th and the final T20I. Australian opener Josh Philippe goes for a duck in the first over. However, the man in form Mitchell Marsh and Aaron Finch attacked West Indian bowlers and made good use of the powerplay. Australia was managed to score 66 runs by just losing two wickets in the powerplay. Australia was very much in control of the chase until the wicket of Aron Finch fell. Unfortunately, it was followed by Moises Henriques’s run-out.

The required run-rate climbed up too high. In the end Australia only managed to score 183 runs, as West Indies won by 16 runs in the final T20I. West Indies won the T20I series 4-1.

Australia tour of West IndiesAustralia vs West IndiesAustralian Cricket TeamCricket West IndiesMitchell MarshNicholas PooranWest Indies cricket team
Share
Subscribe to our newsletter
Get your daily dose of Cricket, Football, Tennis & other favorite sports with handpicked stories delivered directly to your inbox.
You can unsubscribe at any time

Pakistan lead the T20I series, after being wiped out in the ODI series against the host England