Yuvraj Singh and Pragyan Ojha gets into a cake fight, Rohan Gavaskar tweets the video

In a video tweeted by Rohan Gavaskar, Pragyan Ojha seems to get better of Yuvraj Singh in a cake fight with the help of Mohammad Kaif. 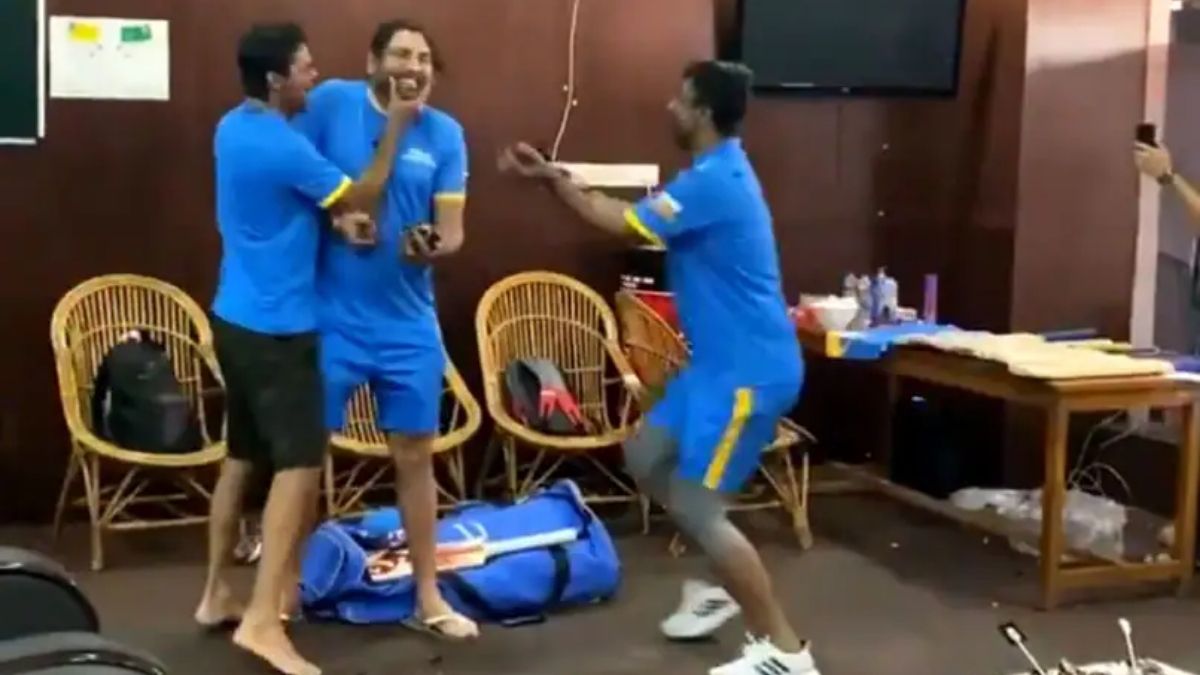 “Attack of the Ojha !!! @YUVSTRONG12, @pragyanojha. Let them eat cake,” Rohan Gavaskar tweeted along with the video on Twitter.

Wasim Jaffer has a hilarious reaction to Michael…

Many of the cricketers took it to Twitter to showcase their amusement and commented on the tweet.

Following a 56-run victory against South Africa Legends, India Legends qualified for the semi-finals of the tournament on Saturday.

During that match, Yuvraj and Sachin turned the clock and took their fans to their vintage knocks. Yuvraj smashed four consecutive sixes in an over, just like before, while Sachin took 60-runs off 37 balls.

BCCIIndian cricketIrfan PathanMohammad KaifPragyan OjhaRohan GavaskarYuvraj Singh
Share
Subscribe to our newsletter
Get your daily dose of Cricket, Football, Tennis & other favorite sports with handpicked stories delivered directly to your inbox.
You can unsubscribe at any time

Almas Sayyed is a BMM (Journalism) student currently studying her 3rd year from Rizvi College of Arts, Science & Commerce. She likes communicating with people to gain different perspectives to refine herself. She enjoys writing and reading and is always excited to learn something new. Being a media student, she has always liked to be open minded and to be up for challenges. She's a Writer and a Poet and is currently working as a Journalist at SportsDigest.in
You can reach her at
[email protected]