At the ongoing 2021 ATP Finals, Novak Djokovic beat Casper Ruud in straight sets 7-6 (7/4), 6-2 and began his quest for a sixth ATP Finals title on Monday. 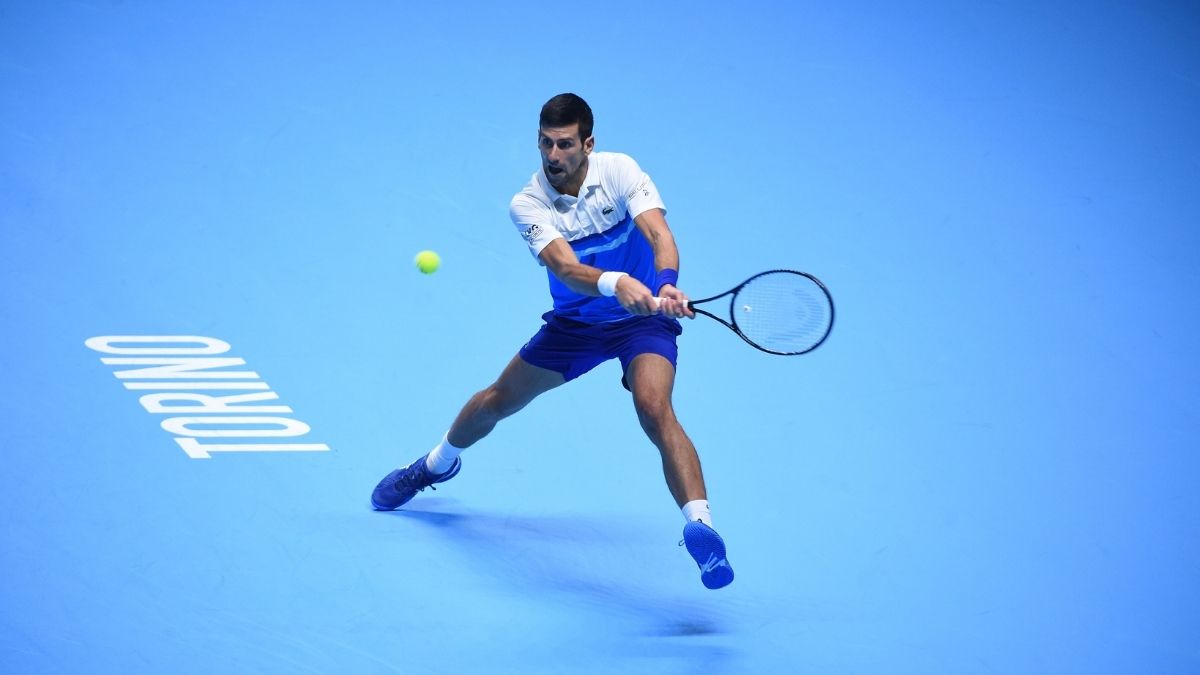 On Monday, 15th November at the 2021 ATP Finals in Men’s Singles Group Stage match, 20 Grand Slams winner Novak Djokovic began his campaign with a win as he beat Casper Ruud in straight sets 7-6 (7/4), 6-2.

The ATP Finals are the season-ending championships of the ATP Tour, organized by the Association of Tennis Professionals – the governing body of the men’s professional tennis circuits. However, ATP Finals features the top eight singles players and doubles teams of the ATP Rankings. Meanwhile, the 2021 ATP Finals are being held in Turin, Italy, from 14th to 21st November 2021.

The No. 1 seed, Serbia’s Novak Djokovic began his quest for a sixth ATP Finals title as he won in straight sets 7-6 (7/4), 6-2 against the 22-year-old Norwegian Casper Ruud. Ruud is seeded 8th at the tournament.

This encounter was from the Green Group, with this win Djokovic currently has a 1-0 (win-loss) record in his group. The match was played at the Pala Alpitour and lasted for about 1-hour and 33-minutes.

In the 1st set, the Serbian was trailing before he levelled at 3-3 and was leading 5-4. However, his opponent Ruud gave a tough fight in the opening set as he then levelled twice. They were at 6-6, from there the experienced Novak Djokovic won the tie-break 7/4 to claim the first set. Then in the 2nd set, Djokovic won by a clear margin & clinched the match.

Round-Robin format: The tournament is played in a round-robin format with the top 2 players from each group advancing to the semi-finals.

Watch the Highlights of – Novak Djokovic vs Casper Ruud

2021 ATP FinalsAssociation of Tennis Professionals (ATP)ATP FinalsATP RankingsCasper RuudNovak DjokovicPala Alpitour
Share
Subscribe to our newsletter
Get your daily dose of Cricket, Football, Tennis & other favorite sports with handpicked stories delivered directly to your inbox.
You can unsubscribe at any time