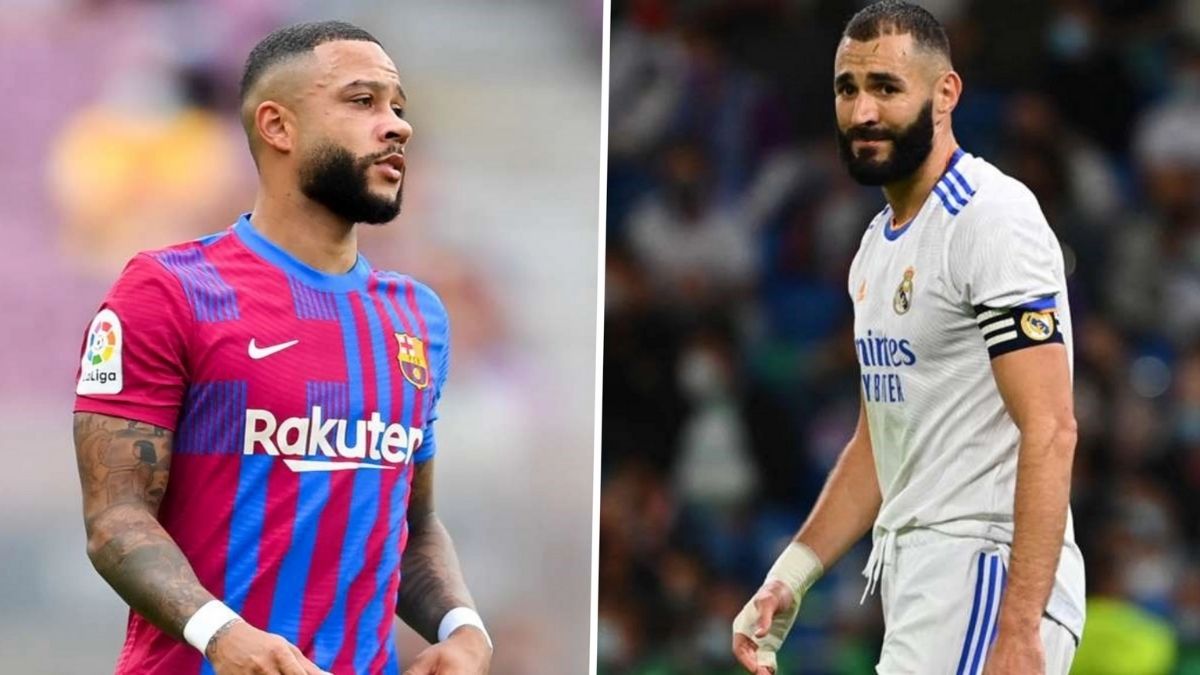 Barcelona will face Real Madrid at Camp Nou on Sunday for the first El Clasico of the ongoing season. This will be the first Clasico without Messi in Barcelona squad for the first time since 2004.

Ronald Koeman’s side is still ravaged with injuries. Ansu Fati, Philippe Coutinho despite having a good amount of minutes are not at their 100% currently. Meanwhile, Sergio Aguero has just returned from his own calf injury and is not expected to start the game on Sunday.

That said, Martin Braithwaite and Ousmane Dembele are still out with their knee injuries, with the Danish forward not expected until December. However, Dembele could play against Rayo next week. Pedri and Alejandro Balde also will not be available for the Clasico. Meanwhile, Jordi Alba is a doubt after suffering a minor knock to his ankle in the 1-0 win against Dynamo Kyiv.

Barcelona is expected to line up in their traditional 4-3-3 with Depay, Fati, and Dest starting up front in the game. Gavi, Frenkie De Jong, and Sergio Busquets are expected to start in the midfield.

The Catalan side will look to continue building the winning momentum after winning against Valencia and Dynamo Kyiv.

Madrid has their fair share of injury problems. Ancelotti will be without the services of Gareth Bale, Dani Ceballos until next month. Isco and Luka Jovic are out with short-term issues. Meanwhile, Dani Carvajal is a doubt with a calf problem. Eden Hazard will not be available for the Clasico after suffering an injury in the last international break.

However, it is not all doom and gloom for Los Blancos as Ferland Mendy returned to action in the Champions League thrashing of Shakthar Donetsk in midweek. Ancelotti will finally have an experienced left-back after having to rotate with Alaba, Gutierrez, and Nacho Fernandes.

Toni Kroos has also returned from his groin injury.

This Clasico will be the first to be played without Lionel Messi in the Barcelona squad since 2004.

Ansu FatiEl ClasicoEl Clasico October 2021FC BarcelonaFC Barcelona vs Real MadridKarim BenzemaLa LigaReal MadridVinicius jr
Share
Subscribe to our newsletter
Get your daily dose of Cricket, Football, Tennis & other favorite sports with handpicked stories delivered directly to your inbox.
You can unsubscribe at any time