Emma Raducanu picked up her first win since her stirring run to the US Open title, fighting back from a set down to oust Polona Hercog in the first round of the Transylvania Open. 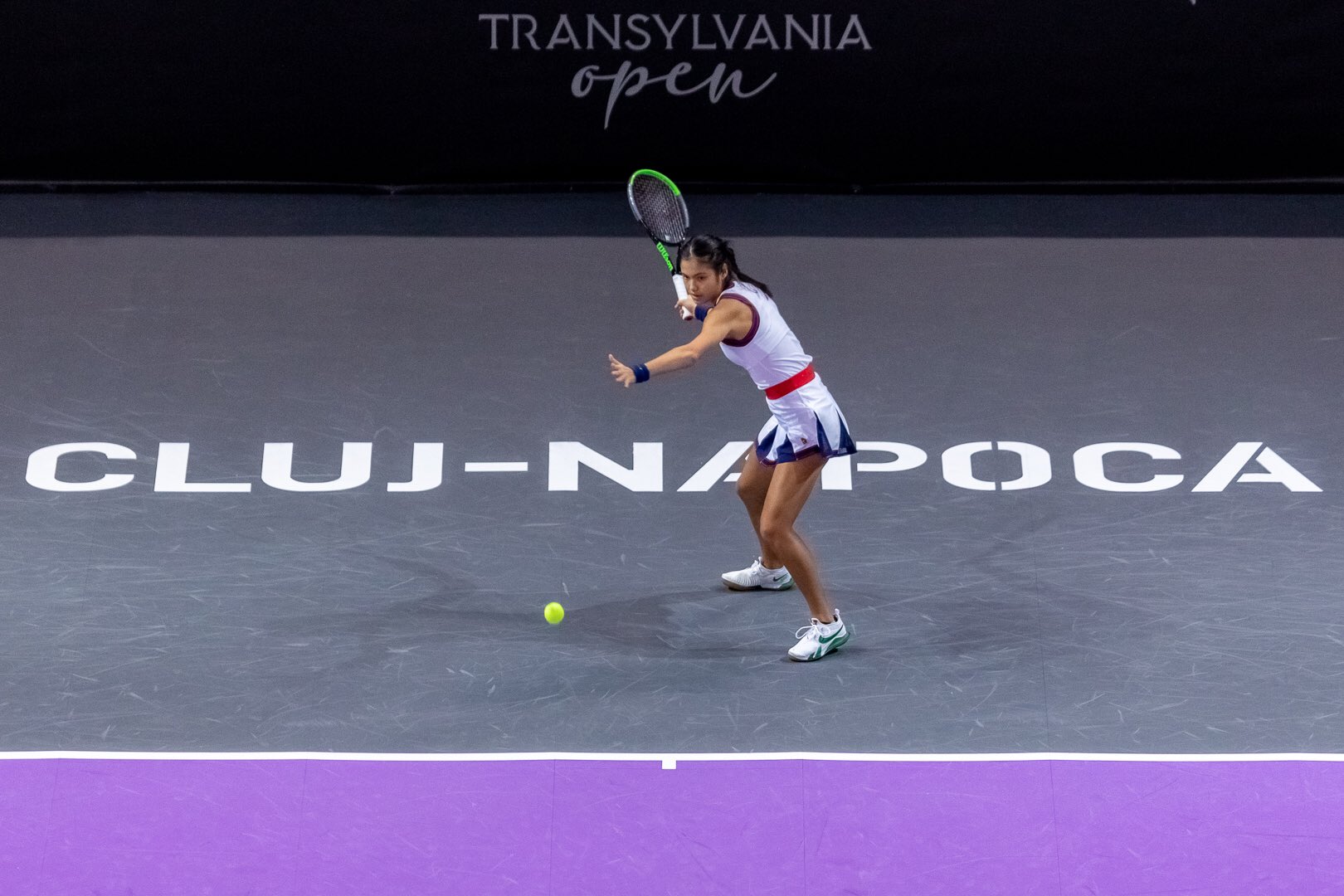 At the Transylvania Open on Tuesday, Emma Raducanu won her first match since her spectacular run to the US Open crown. In the first round in Cluj-Napoca, the No. 3 seed from the United Kingdom came back from a set down to defeat Polona Hercog of Slovenia, 4-6, 7-5, 6-1, in what was her first ever victory in a WTA tournament.Raducanu who made history last month when she became the first qualifier to win a Grand Slam championship, had a 4-1 first-set lead slip away, but returned to eke out the second set before cruising to victory in the third after a tumultuous 2 hours and 27 minutes.

Raducanu afterwards described her triumph as a “big win” and stated that the potential of winning her maiden WTA title weighed heavily on her mind. “I believe the key was just trying to maintain mental composure,” she explained. “And I was aware that I wasn’t playing well.” So all I had to do was keep going one point at a time, and I figured that if I continued giving myself chances by holding serve, my tennis would improve and fall into place a little more easily, which it did. I’m pretty pleased with how I fought today.”

Hercog’s talent shone through after Raducanu grabbed an early break. She was a fantastic server, and she gradually began to discover more forehands. When Raducanu was ahead 4-1 for the first time, she dropped five games in a row to surrender the opening set. Raducanu then regrouped and served brilliantly in the second set. But, as the match progressed, she faced break points at 4-4 and 5-5, with the match hanging in the balance. Raducanu went inside the baseline on the opening break point and hit a winning crosscourt backhand. She won the point on the second with a surprising sliding slice that perished on the court.

As opportunities continually evaded Hercog, the momentum slowly shifted. The pressure that Raducanu had withstood landed on the shoulders of Slovenian as she served to stay in the set at 5-6.Raducanu never looked back after levelling the match, and she breezed through the final set.

super happy to get my first ever WTA win today.

Then, in her interview, she gave an even more convincing performance, brushing aside the English queries and boldly replied in Romanian. “I’m completely at ease,” she remarked. “Everyone has been so warm and welcoming, I feel like I’m playing at home, and I really want to remain here.” “I don’t want to leave here,” I thought while I was in difficulties, and that helped me get through it.”

Emma RaducanuPolona HercogTransylvania OpenWTA
Share
Subscribe to our newsletter
Get your daily dose of Cricket, Football, Tennis & other favorite sports with handpicked stories delivered directly to your inbox.
You can unsubscribe at any time

Rohit.S.Krishnan is a Electronics Engineer passionate about sports especially Football,Real Madrid and Deep-lying midfielders.Has a strong hold on communication and content writing. Currently working as a Journalist at SportsDigest.in and can be reached at [email protected]