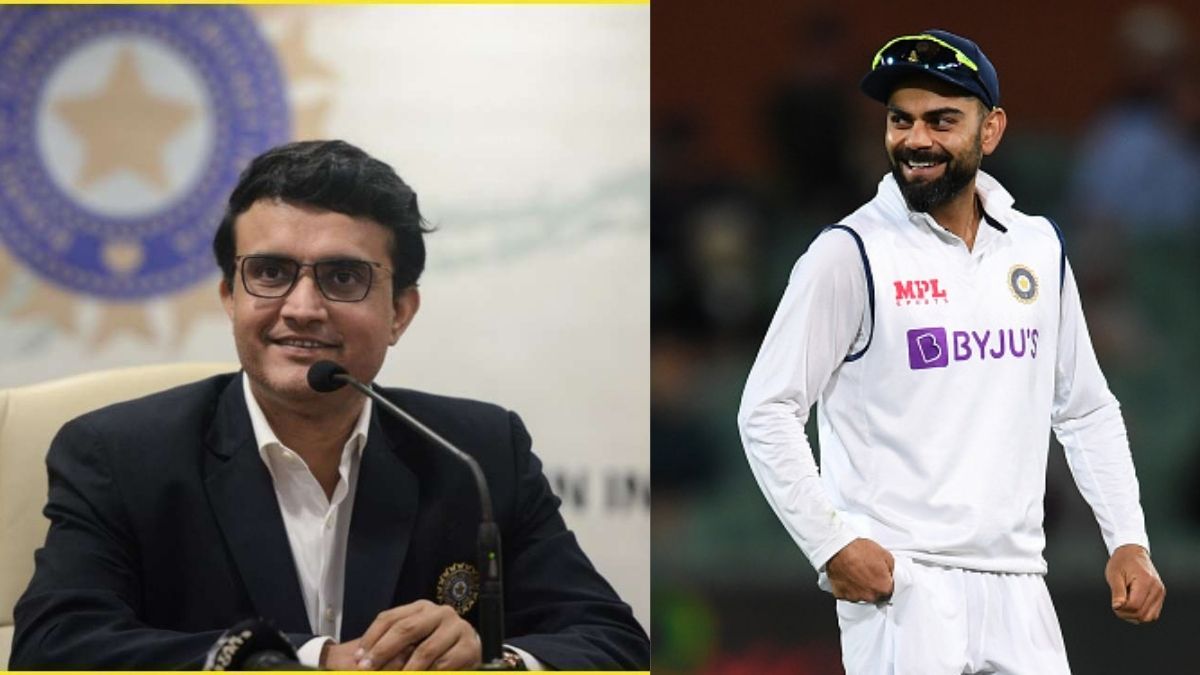 Kohli and Ganguly are two of the most dynamic captains of Indian cricket. They had a significant influence on Indian cricket during their era of captaincy. It was under their captaincy there was a change in mindset and approach of the team. It was in the captaincy Ganguly, the team would take on the challenge in front of them. It is similar to a trait of Kohli captaincy, who wants to lead the team in a very aggressive manner. which got the interests of the public.

But there is one big difference in the captaincy styles of both Ganguly and Kohli is the number of opportunities they would give their players. This difference was pointed out by a former Indian batsman and one of the best fielders in Indian cricketer Mohammad Kaif. When Ganguly was the captain India would play the same team in all tournaments with slight changes here and there for five years.

The core team will have Sachin Tendulkar, Virender Sehwag, Rahul Dravid are always default in the playing XI. And when it comes to bowler’s you have Zaheer Khan, Harbhajan Singh, and Anil Kumble will be the first-choice bowlers for India. However, it is vastly different from the captaincy of Kohli who has a habit of fielding different playing XI in almost every match. You could see this in 38 straight test matches, where Kohli had gone with a different playing XI each time.

Thankfully this trait has come to an end in the year 2018, where he went with the same playing XI against England in the fourth test as he did in the third test. Former cricketer Mohammad Kaif also stressed the same fact by saying that it is important for players in the current Indian team to feel wanted which can only come if they get a longer run with the team, something Ganguly used to do.

Mohammad Kaif said that “When I was captain for many years, I have captained several young players. So, in the long term, the security of player’s play in the team is what mattered. Things like ‘go on, play. You will get 4-5 opportunities; I am behind you ‘. Basically, what Ganguly used to do with us. That is the classic way of handling it. That is what a leader does. But that was not Kohli’s method “.

Mohammad Kaif also understands the situation is completely different now than it was under Ganguly captaincy. Under Ganguly, the Indian team has never a talented pool of players to choose from, whereas they have many talented players waiting for opportunities in the current scenario.

Kaif further explained “Back then, when we speak about Ganguly he didn’t have so many options. We didn’t have IPL back then. There were fewer distractions. He had the same pool of 20-25 players and he had to pick out of them to play and support. So Ganguly knew that. He too has seen that if a player is not backed, not given opportunities, a player is not able to give his best performance. He has a feeling of doubt and fear in his mind”.

Former Indian captainFormer Indian cricketerIndian CaptainIndian Cricket TeamMohammad KaifSourav GangulyVirat Kohli
Share
Subscribe to our newsletter
Get your daily dose of Cricket, Football, Tennis & other favorite sports with handpicked stories delivered directly to your inbox.
You can unsubscribe at any time