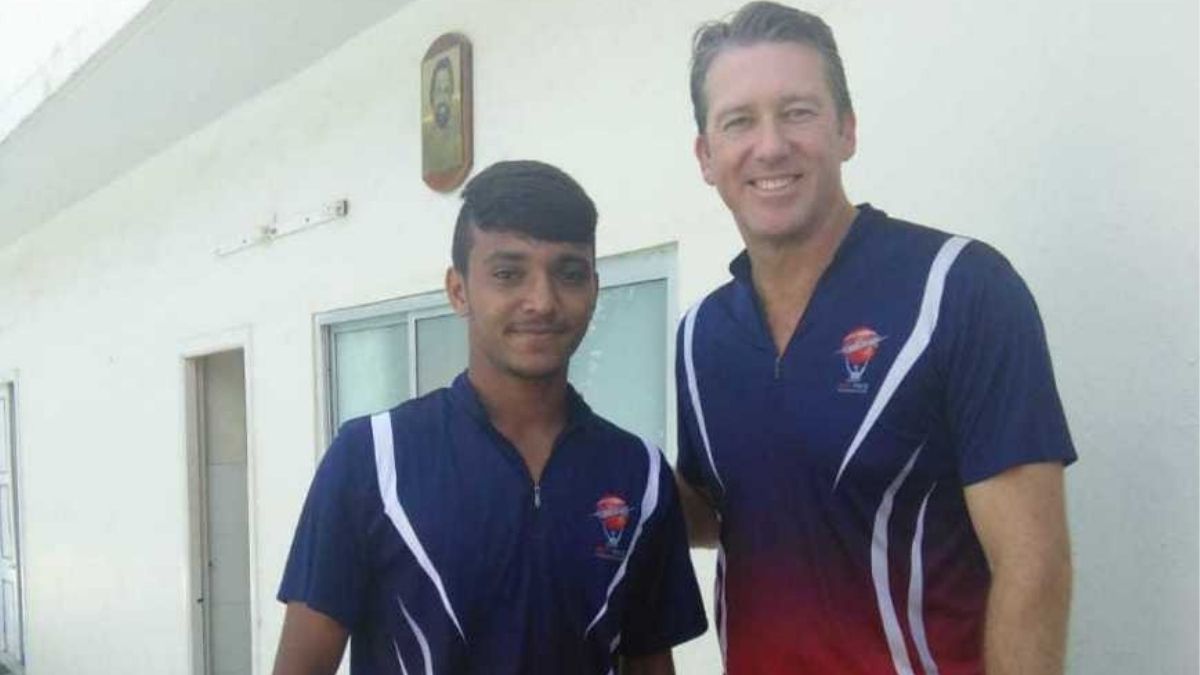 The former Australian cricketer and also legendary bowler Glenn McGrath felt proud of the fast bowling duo Chetan Sakariya and Sandeep Warrier who made their International debut in the recently concluded T20I series between India and Sri Lanka. Among the two fast bowlers, Sakariya was the first to make the international debut in the limited-overs tour of Sri Lanka. He made his debut in the third and final ODI of the series against Sri Lanka. Whereas Sandeep Warrier received his Indian cap in the final T20I of this limited over tour against Sri Lanka.

“A huge congratulations to both @sakariya.chetan & Sandeep Warrior for making their debut for India @_official_bcci_So proud of you both”, McGrath tweeted.

Chetan Sakariya told in an interview that “My body would drop during release. The MRF camp with Glenn sir helped me improve on the action, fitness as well as line-and-length. He analyzed my action in video footage and suggested corrections. My previous action was slightly injury-prone. He told me if I improve in these departments, I will have more pace and I can remain injury-free for a long time”.

Chetan Sakariya had a bowling figure of 2/34 in his ODI debut for India against Sri Lanka. He also made the T20I debut for Sri Lanka in the same tour wherein the second T20I he had bowling figures of 1/34. This was a close game as India lost by a narrow margin 3 wickets to Sri Lanka. The other debutant was handed the Indian cap by bowling coach Paras Mhambrey, as he was unable to control emotions during that time. He went wicketless in his debut for India as Sri Lanka showed a dominant performance and won the match by seven wickets and also T20I series 2-1.

Chetan Sakariya told ESPNcricinfo that “I gave trials and impressed Glenn [McGrath] sir with my nippy pace and natural swing. He told me if I worked on my action and fitness, I could add another 5kph to my pace and be a 130kph bowler. He said if I could do that, I could at least play at the Ranji trophy level”.

Chetan SakariyaGlenn McGrathIndia tour of Sri LankaIndia vs Sri LankaIndian Cricket TeamSandeep WariierSri Lankan Cricket team
Share
Subscribe to our newsletter
Get your daily dose of Cricket, Football, Tennis & other favorite sports with handpicked stories delivered directly to your inbox.
You can unsubscribe at any time