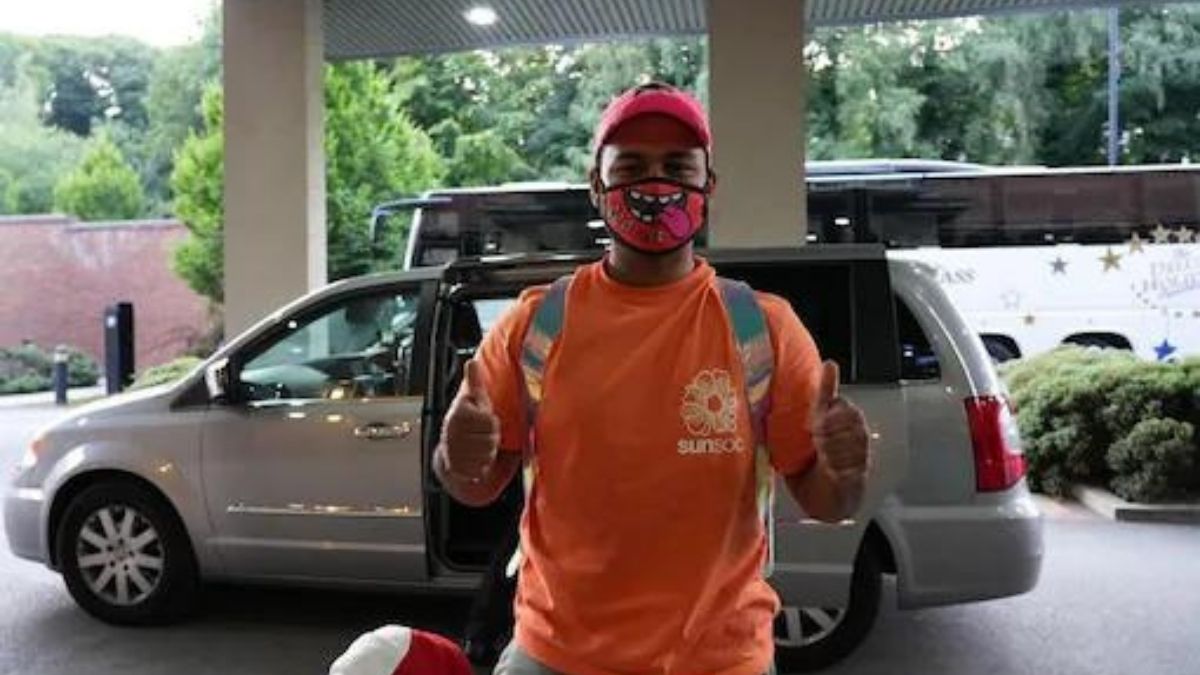 Indian wicket-keeper batsman Rishabh Pant joined the team bio-bubble after recovering from COVID-19 ahead of the much-awaited tournament England Tour of India test series. Rishabh Pant who was tested coronavirus positive has completed 10 days of the isolation period, followed by two RT-PCR negative reports and cardio check-which are mandatory before joining the team.

BCCI said in a tweet along with the Rishabh Pant photo on Thursday. “Hello @ Rishabh Pant17 great to have you back”. Rishabh Pant had tested positive for COVID-19, while he was staying at Southall at acquaintance’s place.

He had seemed to have developed mild symptoms and was found to be COVID-19 positive when he got tested. According to the sources, Rishabh Pant might have been affected by Delta 3 variant. These are the two situations where Rishabh Pant could have exposed himself to the COVID-19 infection. The first one is while visiting a dentist for a toothache problem. The second could be where he went to watch the EURO championship match.

After the news of Pant tested positive for COVID-19 came out  BCCI secretary Jay Shah had sent a cautionary letter to the Indian contingent, asking the players to avoid crowded gatherings like Wimbledon and Euro matches.

It was a big concern for this Indian team who would replace Rishabh Pant in the playing XI  against England in the first test. It is good news that Rishabh Pant is recovered from COVID-19 and is joining the team bio-bubble. The Indian team will be relieved to have him back. But the absence of Subhuman Gill in the marquee test series is still a big loss for India. But Rishabh Pant’s recovery would have relieved them from the bigger burden.

The Indian team that is touring England for the 5 match test series is playing a warm-up match against the County XI side in Durham, before the first test of the five-match test series which is starting from August 04 from Nottingham.

COVID-19 Bio Secure Bubblecovid-19 positiveindia tour of englandIndia vs EnglandJoe RootRishabh PantVirat Kohli
Share
Subscribe to our newsletter
Get your daily dose of Cricket, Football, Tennis & other favorite sports with handpicked stories delivered directly to your inbox.
You can unsubscribe at any time