India have posted a target of 284 with Shreyas Iyer and Wriddhiman Saha posting half centuries. India declared at 234/7. 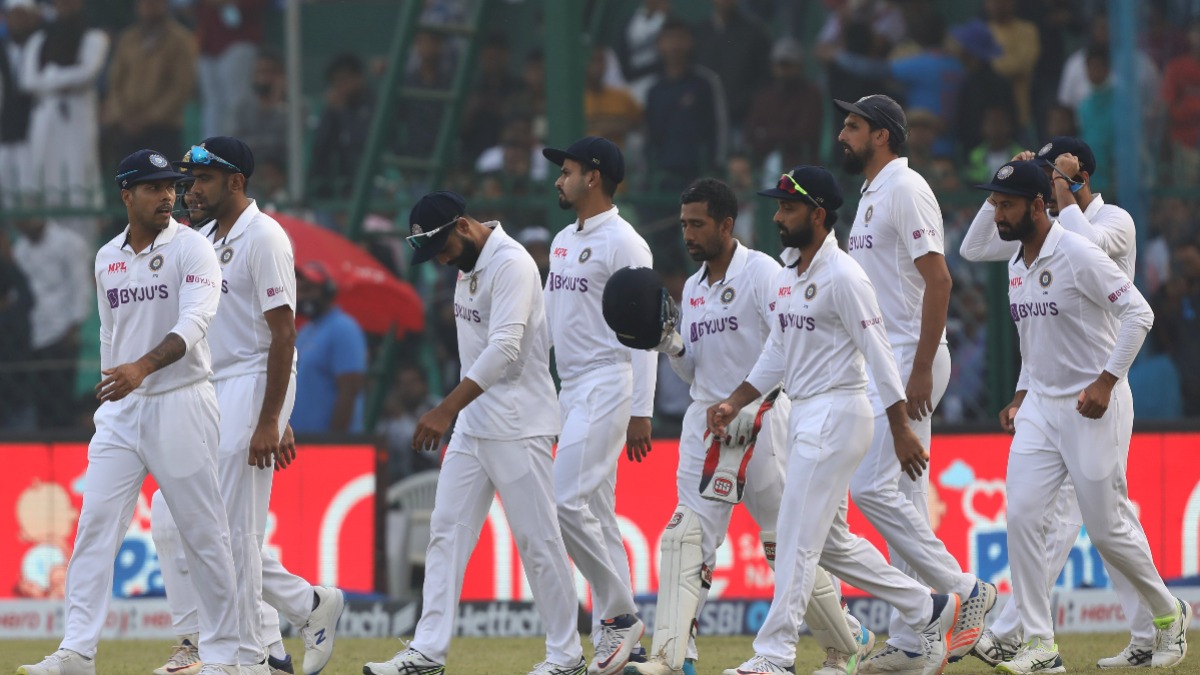 Will Young, the New Zealand opener, was late to go for a DRS call at the conclusion of day 4 and was dismissed in an unusual manner. The timer was set for 15 seconds, during which he had to request assistance from the TV umpire from the umpire. On this instance, though, he was late in reviewing a lbw ruling off R Ashwin’s bowling. The ball was comfortably missing the leg stump, according to the replays.

The relevant DRS section 3.2.2 states that “The total time elapsed between the ball becoming dead and the review request being made shall be no more than 15 seconds,” and “If the on-field umpires believe that a request has not been made within the 15 second time limit, they shall decline the request for a Player Review.”

And that's Stumps on Day 4. #TeamIndia got to bowl four overs with a key breakthrough.

Debutant Shreyas Iyer showed his ice-cool temperament under pressure to stand tall with a fine half-century which placed India in a commanding position as they set up a stiff victory target of 284 for New Zealand on the fourth day of the opening Test on Sunday.

India declared at 234 for 7 for an overall lead of 283 and gave the Black Caps four tricky overs to face under fading light during which they managed four runs and lost opener Will Young to Ravichandran Ashwin. Shreyas Iyer came up trumps again with a half century, he was ably supported by Wriddhiman Saha after the team were in trouble and left at 5/51. Ashwin, too, contributed greatly to the score.

Day 5 will see New Zealand having to score 280 more runs to win the match in this bunsen burner of a pitch.

CricketShreyas IyerTest CricketWill Young
Share
Subscribe to our newsletter
Get your daily dose of Cricket, Football, Tennis & other favorite sports with handpicked stories delivered directly to your inbox.
You can unsubscribe at any time