At the 2021 T20 World Cup final, an excellent run-chase by Australia crushed New Zealand as they were beaten by 8 Wickets. Josh Hazlewood, David Warner and Mitchell Marsh share the spotlight after their great performances. 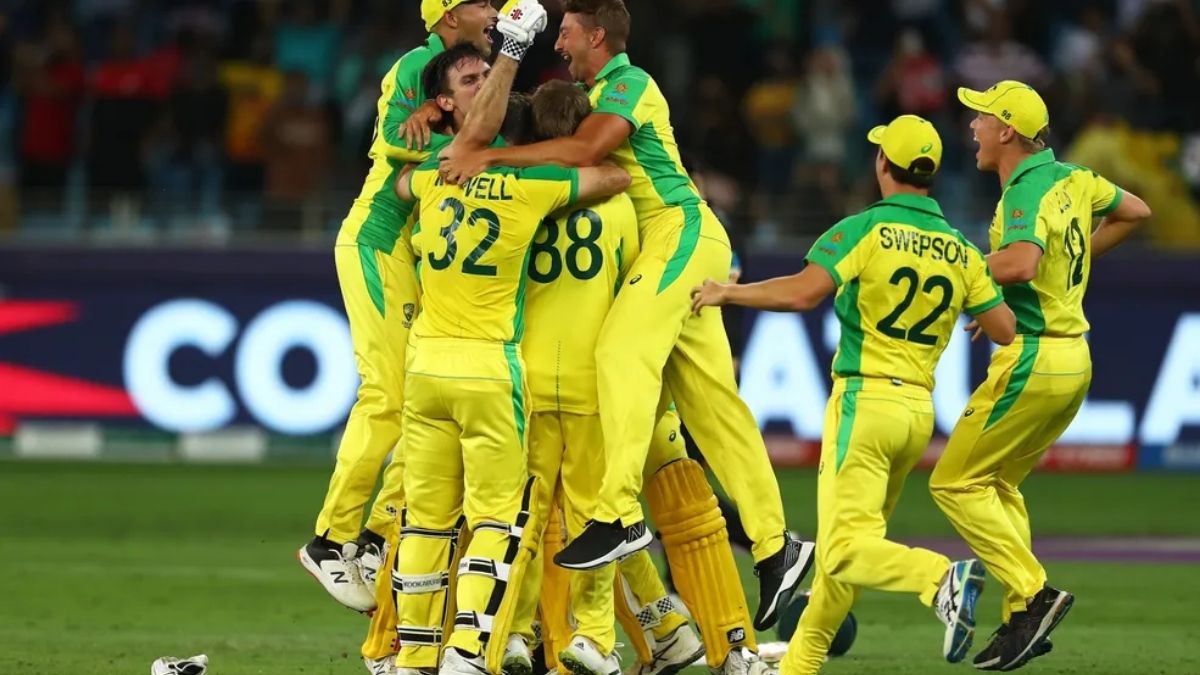 The 45th Match of the 2021 T20 World Cup was the final  match between New Zealand vs Australia  played on Sunday, 14th November 2021 at the Dubai International Stadium, United Arab Emirates.

Both teams were contesting for their maiden T20 World Cup Title. Australia were runners-up in the 2010 T20 World Cup. Meanwhile, for New Zealand, this is their 1st appearance in the final of the Men’s T20 World Cup. Thus, a first-time winner will be crowned.

Here's how both the teams line up 📝

Australia beat New Zealand by 8 wickets in the Final

1st Innings – New Zealand puts 172 Runs on the board

New Zealand lost a wicket in the powerplay, Daryl Mitchell 11 (off 8 balls) was caught behind by Matthew Wade, with Josh Hazlewood picking the wicket. NZ was 28/1 (3.5 overs).

Meanwhile, after the powerplay, they were 32/1. Josh Hazlewood was excellent in the first six overs with 1/11 in his 3 overs. With this, no bowler had more wickets in the Powerplay than Hazlewood’s 7 at the ongoing World Cup.

Adam Zampa,then dismissed Martin Guptill on 28 (off 35 balls) as Marcus Stoinis was at the receiving end of the catch. New Zealand were 76/2 in 11.1 overs.

But it was Hazlewood again for the Aussies as he picked two wickets in an over. He dismissed Glenn Phillips on 18 (17) & Kane Williamson who scored a brilliant 85 (off 48 balls) and had the joint-highest score in a T20 WC final. New Zealand were 148/4 (17.5 overs).

The Aussies lost an early wicket of skipper, Aaron Finch and were 15/1 (2.3 overs). Meanwhile, after the powerplay, they scored 43/1.

After 10 overs, Australia were in a great position at 82/1 and in command of the run chase. The 92 run partnership between David Warner and Mitchell Marsh ended as Trent Boult bowled out Warner on 53 (off 38 balls). Aussie were 107/2 in 12.2 overs.

As a result, Australia won the match by 8 Wickets. Hence, the Player of the Match was awarded to Mitchell Marsh – 77* (off 50 balls).