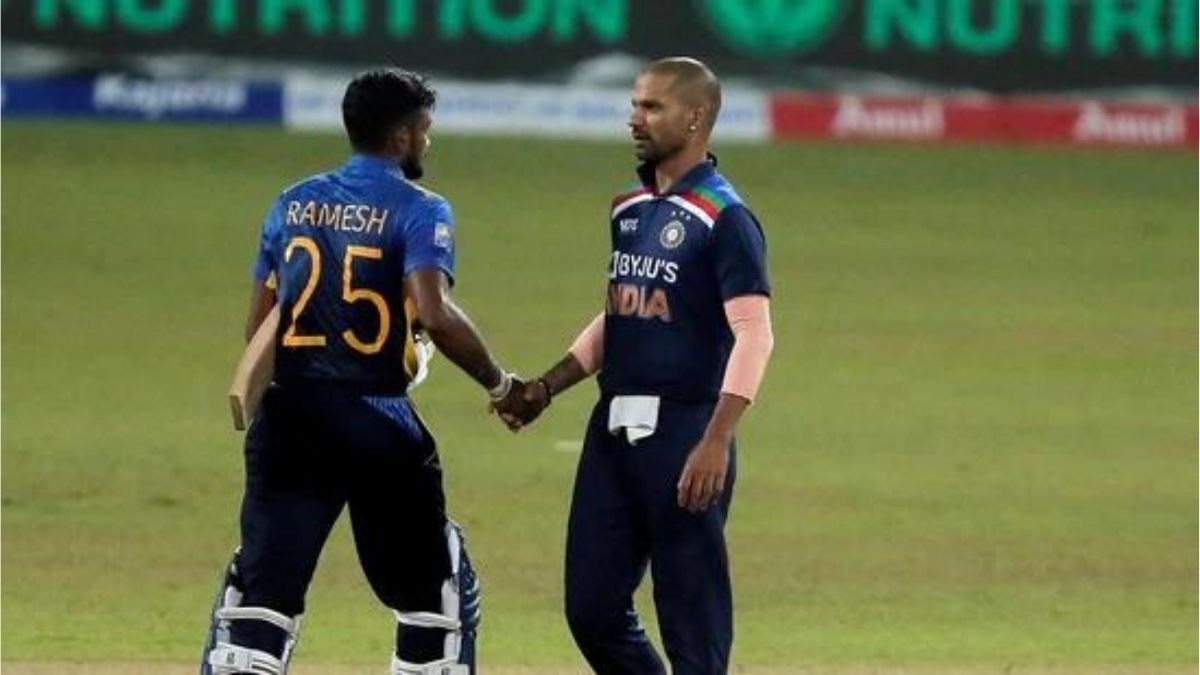 After India comprehensively defeated Sri Lanka in the first T20I by 28 runs. India has previously won the ODI series against the host Sri Lanka 2-1. The second T20I which was supposed to happen on Tuesday has been postponed to Wednesday as an Indian all-rounder Krunal Pandya was tested COVID-19 positive. India has four debutants on its side. The debutants for India in this match are Devdutt Padikkal, Ruturaj Gaikwad, Chetan Sakariya, and Nitish Rana.

Sri Lanka tough has made two changes in the playing XI, one is forced change as their batsman Charith Asalanka is injured. Ramesh Mendis comes in place of him and makes his debut. Ashen Bandara is replaced by Sandeera Samarawickrama. Sri Lanka won the toss and opted to bowl.

Indian openers Ruturaj Gaikwad and captain Shikhar Dhawan gave a good start to the Indian innings. India had scored 45 runs without losing a wicket in the powerplay overs. The partnership put together 49 for the loss of the first wicket. It was Sri Lankan captain Dasun Shanaka who dismissed Ruturaj Gaikwad just after the powerplay was done. Devdutt Padikkal had a good start and was dismissed by Wanindu Hasaranga after scoring 29 runs. Shikhar Dhawan who tried to stay till the end of the innings got out after scoring 40 runs.

As the pitch started to help the spinners a lot, Indian middle batsmen were struggling to get going. In the end, India only managed to score 132-5 in their 20 overs.

Sri Lanka didn’t get a start as they would have hoped as Avishka Fernando was dismissed cheaply in the powerplay overs. The debutant Sandeera Samarawickrama was dismissed by mystery spinner Varun Chakravarthy. It was followed by the wicket of captain Dasun Shanaka who go out to Kuldeep Yadav very cheaply. It was Dhananjaya de Silva along with the cameos from Wanindu Hasaranga and Chamika Karunaratne that helped Sri Lanka win by 4 wickets.

COVID-19 Bio Secure BubbleDasun ShanakaIndia tour of Sri LankaIndia vs Sri LankaIndian Cricket TeamShikhar DhawanSri Lankan Cricket team
Share
Subscribe to our newsletter
Get your daily dose of Cricket, Football, Tennis & other favorite sports with handpicked stories delivered directly to your inbox.
You can unsubscribe at any time

Olympic Broadcasting Services Hosted in the Cloud for the First Time