Australia win their semi final match against Pakistan by 5 wickets. Matthew Wade, after surviving a dropped catch, hit 3 back-to-back sixes and finished the match in style. A new champion will be crowned as both Australia and New Zealand will fight for their maiden T20 World Cup Title. 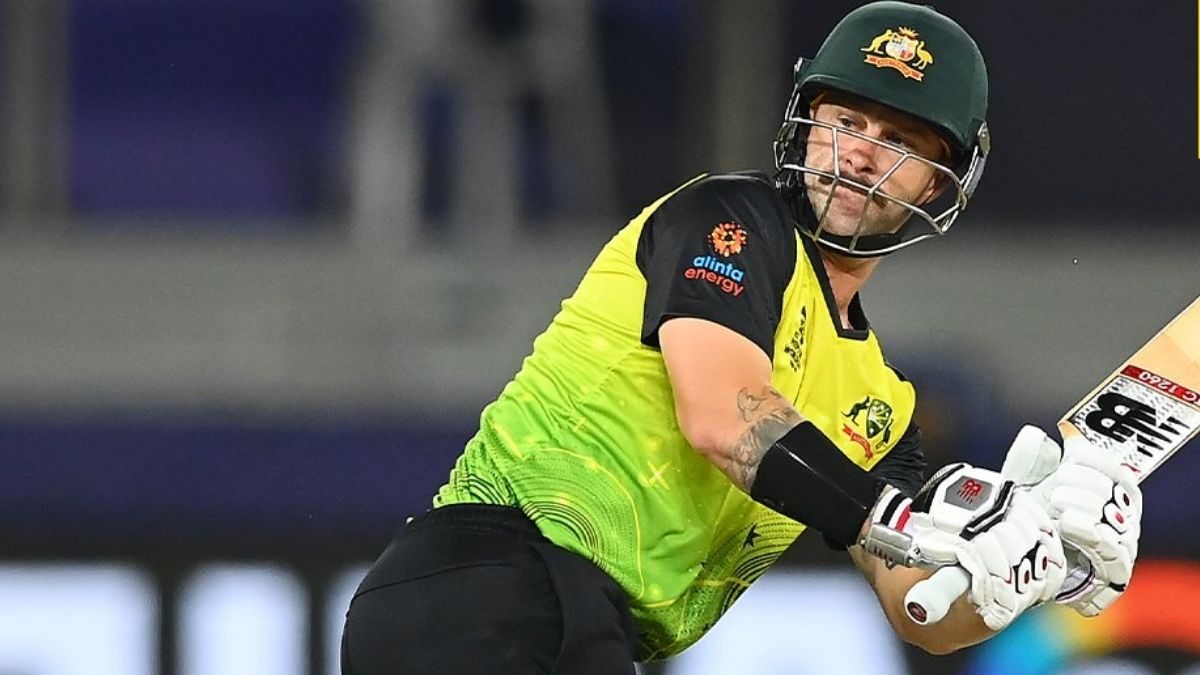 The 44th Match of the 2021 T20 World Cup was a Pakistan vs Australia encounter played on Thursday, 11th November 2021 at the Dubai International Stadium, United Arab Emirates.

This encounter is the 2nd Semi-final of the ongoing 2021 T20 World Cup. Australia will meet New Zealand in the Final of the ICC Men’s T20 World Cup 2021 on Sunday, 14th November.

Both Pakistan and Australia are unchanged – who are you backing in tonight's semi?https://t.co/qttdI3dkOI | #T20WorldCup pic.twitter.com/FPiVwrqFQC

A thriller encounter as Australia beat Pakistan by 5 wickets

1st Innings – Pakistan puts 176 Runs on the board

It was a great start for Pakistan as they scored 47/0 after the first 6 overs, the highest powerplay score of the tournament for them.

However, just before the drinks break, Babar Azam was dismissed on 39 (off 34 balls), caught by David Warner as Adam Zampa provided the breakthrough for the Aussies. Pakistan were 71/1 (9.6 overs).

Meanwhile, after a 72 run partnership with Fakhar Zaman, Mohammad Rizwan departed playing an excellent inning of 67 (off 52 balls) as Mitchell Starc picked the wicket. At that stage, Pakistan was at 143/2 in 17.2 overs.

A brilliant 1st over bowled by Pakistan’s Shaheen Shah Afridi as he dismissed Aaron Finch on a duck due to an LBW decision. Aussie was 1/1 after the over.

Meanwhile, after an early setback, Australia pulled themselves back as they were 52/1 after the powerplay. However, the situation changed as 2 wickets fell in quick succession as Shadab Khan dismissed both Mitchell Marsh 28 (off 22 balls) and Steve Smith. Australia was 77/3 (8.3 overs).

However, the partnership of Marcus Stoinis and Matthew Wade turned the tables for the Aussies as they guided them to a victory. Stoinis with a 40* (off 31 balls) and Wade with a 41* (off just 17 balls) remained unbeaten. Australia finished their innings at 177/5 (19 overs).

As a result, Australia won the match by 5 Wickets. Hence, the Player of the Match was awarded to Matthew Wade for his match-winning knock of 41* (off 17 balls).

There will be 🎆 #T20WorldCup pic.twitter.com/xKWM11L5OA