Anand Mahindra is the man of his promise. 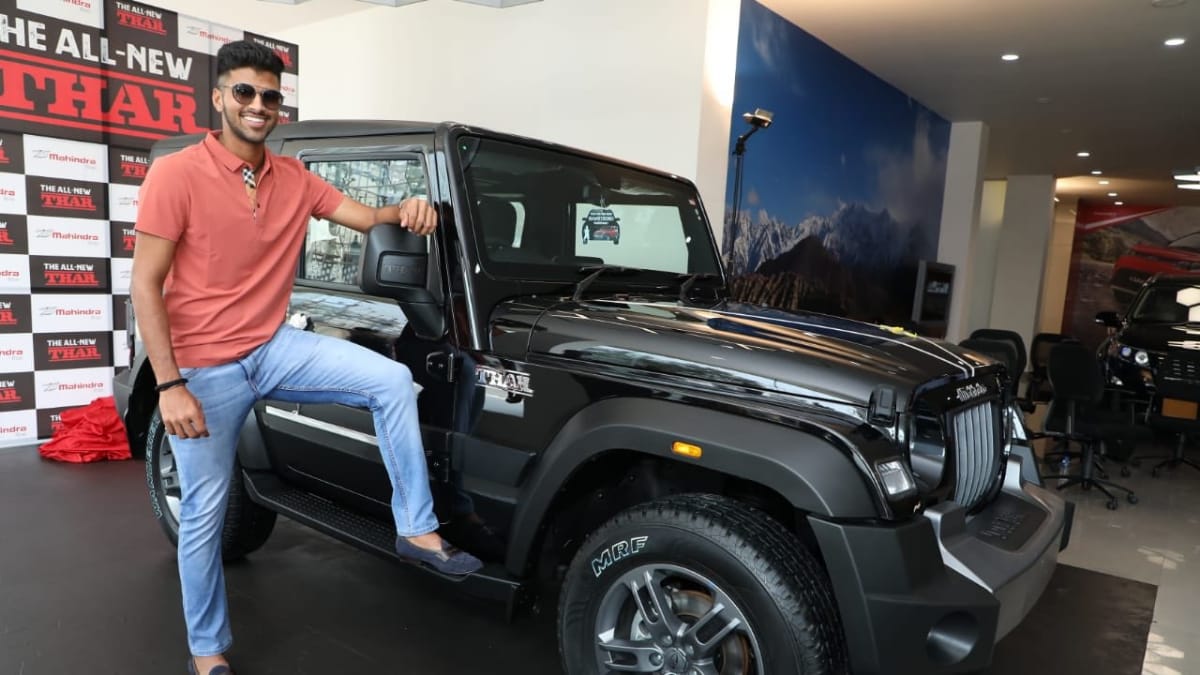 Indian All Rounder Washington Sundar finally received the Thar SUV promised by businessman Anand Mahindra. He shared the news of the arrival of his car on Twitter, where he stated that he was delighted to have the gift given by Mahindra.

Filled with immense gratitude to Shri @anandmahindra for this wonderful gift & all the encouragement that you provide us youngsters. I’m certain that your support will motivate many to take up a sport and bring more laurels to our country! 🇮🇳 Many thanks and best regards sir. pic.twitter.com/uCNv26Q8P7

Earlier, As India pulled off a remarkable series win in Australia, Anand Mahindra promised to buy six SUVs on his own expense for Sundar, Md.Siraj, T Natarajan, Shubhman Gill, Shardul Thakur & Navdeep Saini for their magnificent performances throughout the series.

Even after a horrific defeat in the first game, the team went on to win the series historically, where the youngsters performances created a lot of buzz all over the world and this win is considered to be one of the best in the last decade.

It’s the happy moment for all the Cricketers who received the gifts, and they truly deserve it for their promising performances and the hunger of getting victorious.

Anand MahindraCricketIPL 2021Mohammed SirajT NatarajanWashington Sundar
Share
Subscribe to our newsletter
Get your daily dose of Cricket, Football, Tennis & other favorite sports with handpicked stories delivered directly to your inbox.
You can unsubscribe at any time