Australian Open: Rybakina eases past Ostapenko to make her first semifinal in Melbourne

Reigning Wimbledon champion Elena Rybakina kept her hopes for a second Grand Slam title alive by cruising into the Australian Open semifinals for the first time after triumphing in a battle of former major champions on Tuesday. 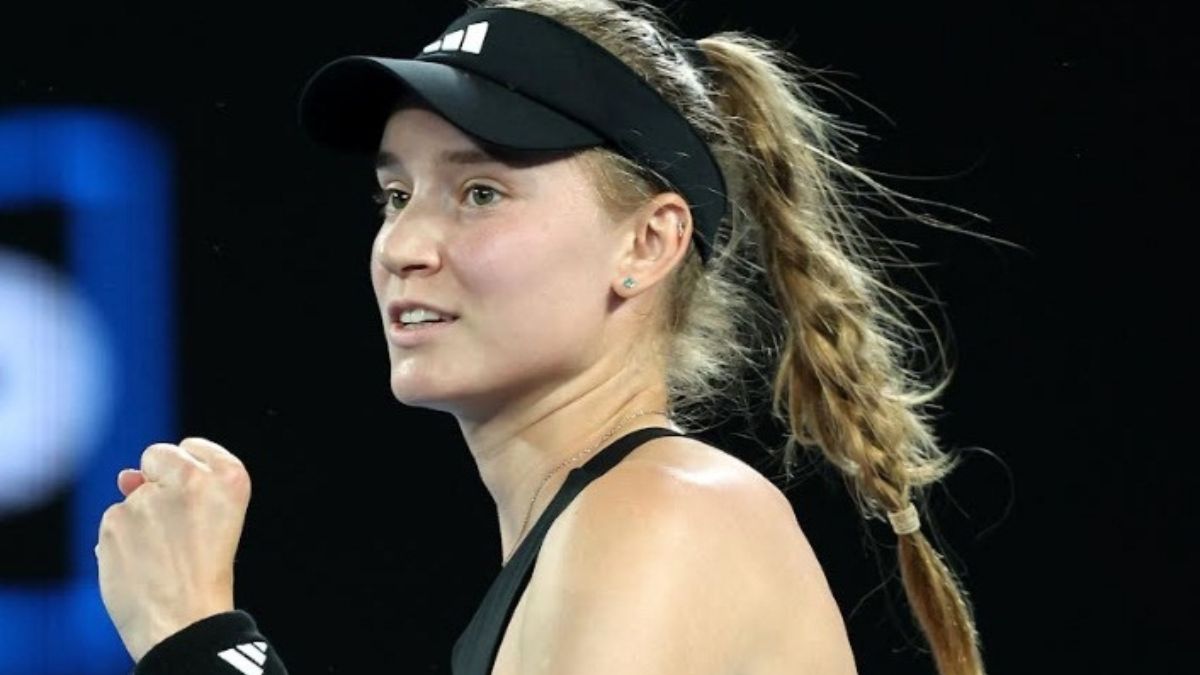 Reigning Wimbledon champion Elena Rybakina kept her hopes for a second Grand Slam title alive by cruising into the Australian Open semifinals for the first time after triumphing in a battle of former major champions on Tuesday.

The 22nd seed overpowered the 2017 Roland Garros champion Jelena Ostapenko of Latvia 6-2, 6-4 in the one hour and 19 minutes encounter here at Rod Laver Arena, becoming the first woman representing Kazakhstan to reach the final four at Melbourne Park.

Ostapenko had dominated her head-to-head with the Kazakh player in the past. But on Tuesday, it was Rybakina who maintained her momentum from her upset of World No.1 Iga Swiatek two days ago.

Rybakina secured a break in the opening game and dropped just one point in her first two service games. Her return game was deadly against Ostapenko, and with a cool demeanour, she punished the Latvian’s laggardly second serves.

Returning from a brief rain delay, the Kazakh clinched a double break advantage as she overpowered her opponent. Rybakina closed out the opening set when an Ostapenko forehand return sailed long.

The Latvian began to find her targets in the second set after breaking her opponent for a 2-0 lead. But an unfazed Rybakina quickly turned the tables against her rival, nabbing the next four games and saving four break points in the process.

Ostapenko produced flashes of brilliance, but it was her younger foe who has better-harnessed power and precision with a semifinals berth in sight. Stepping up to the baseline, Rybakina slammed down an ace to take victory on her third match point.

“The conditions were different, but we expect that it can happen in Australia – you never know in the morning it’s one weather, then in a few hours it changes,” Rybakina said.

“You have to be ready always. That’s the beauty of the sport, everybody needs to adapt and I think I did really well from the beginning of the match then continued through the first set.”

Rybakina will have to stare down another big name in the semifinals. Her semifinal opponent will be decided in a titanic showdown between the third seed Jessica Pegula, the highest-ranked player remaining in the draw, and the two-time Australian Open champion Victoria Azarenka.