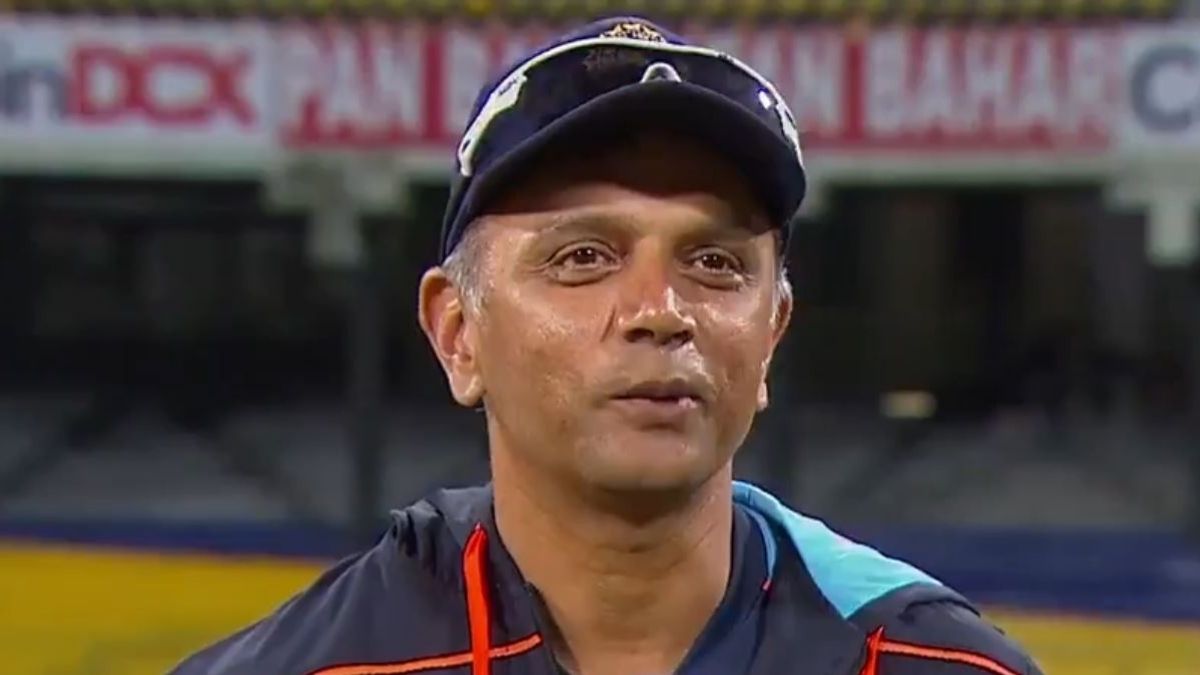 With as many as nine players in isolation, India is forced to play their remaining 11 players in the second T20I against Sri Lanka in Colombo. India has come to this worst situation due to the impact of COVID-19 on the Indian squad as the team management had no other choice left. However, many uncapped players would get an opportunity even in this T20 I series as it was done in the ODI series. Due to the impact of COVID-19 in the Indian squad, it came much earlier than expected.

These were the four players who made their debut against Sri Lanka in the second T20I namely Devdutt Padikkal, Ruturaj Gaikwad, Nitish Rana, and Chetan Sakariya. The Head coach of this Indian team always stresses giving opportunities to fringe players to represent India. There have been outside talks about why so many players are getting rewarded with Indian caps but head coach Rahul Dravid proved it wrong by saying anyone who is picked in the squad is fit to be in the playing XI for India.

Rahul Dravid told the broadcaster ahead of the second T20I that “After we wrapped up the ODI series we tried to give a few people a chance. Circumstances here have forced us to do it here even before we managed to win the series. But I truly believe if you’re selected to play for India-whether it’s 15 or 20 players-you’re were good enough to play in XI. I don’t think the selectors select you in the 15 just to warm the bench for a holiday”.

However, the debutants who were playing in sluggish Colombo pitch were struggling to contribute significantly to the team. It is safe to say that they failed o capitalize on the opportunity that presented itself. Sri Lanka winning the second T20I by four wickets and leveling the T20I series 1-1. The third and the final T20I will be the decider and whoever wins the decider wins the T20I series.

“Certainly, that’s not the message I have been given. I look at the squad, the 20 guys who are here, each of them have got here through sheer weight of performances. It’s not easy in India. People earn the right to come here. It’s not every time we are going to give everyone a chance here but it’s nice to give as many as you can”.

Dravid firmly says that players who are in the squad have the right to do so. As it turns out five players who are ahead of the start of the Sri Lankan series will at least get an opportunity to play one match before the series is over. There is nothing wrong with it says head coach Rahul Dravid.

The head coach further added by saying that “There are earning their Indian caps. I don’t get that argument. As I said, if you’re selected in a team of 15- with COVID now it’s become 20, you are selected keeping in mind that you may need to play in the 11 at any given point of time. You have certainly earned the right to get that cap. It’s up to you to take that opportunity and perform. I truly believe everyone who’s here has earned it”.

Former Indian captainIndia tour of Sri LankaIndia vs Sri LankaIndian Cricket TeamIndian head coachRahul DravidSri Lankan Cricket team
Share
Subscribe to our newsletter
Get your daily dose of Cricket, Football, Tennis & other favorite sports with handpicked stories delivered directly to your inbox.
You can unsubscribe at any time

IPL 2021: Fans react to Rutu-RAJ show over the struggling…