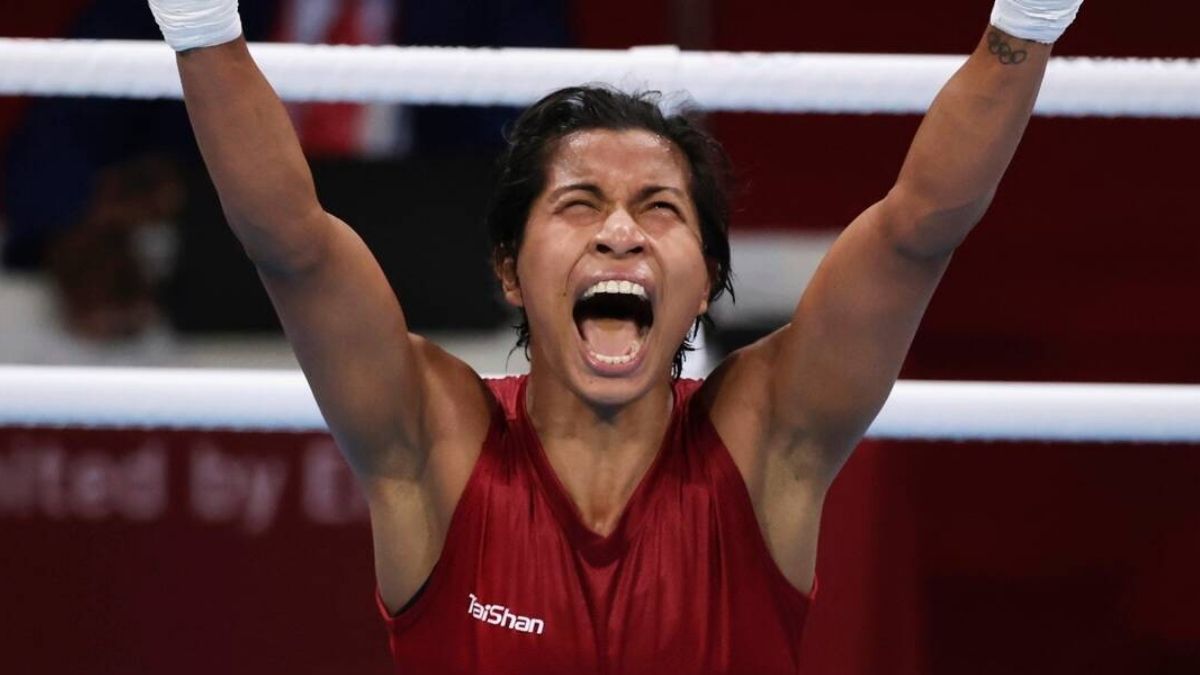 Lovlina Borgohain 23-year-old Indian boxer earns India its second medal at Tokyo Olympics as she defeated former world champion Nein-Chin Chen of Chinese Taipei in the quarterfinals of women’s 69kg category. It was the first appearance for the Indian boxer Lovlina Borgohain in the Olympics. She looked aggressive during the bout and took the initiative to defeat upstaged Chin Chen to enter the semi-final.

The bout between those two was very close as it was a split decision win for Indian boxer Lovlina Borgohain and it was very clear from the last round that she prevailed over her opponent. She got the judge decided in favor of her as she won4-1 o make the last four where she will have to face off against the reigning world champion Busenaz Surmeneli of Turkey.

There were a lot of wishes coming for the Indian boxer Lovlina Borgohain for her victory over Chin Chen.

The Assam boxer Lovlina Borgohain who is a two-time world championship bronze medallist showed ultimate calmness while facing the plucky opponent who defeated her in the past. She aggressively started the bout and then followed it up the tremendous counter-attacking game and in crucial part, she kept her defense tight especially in the last three minutes to emerge victoriously.

The youngster who had to go through COVID-19 last year eventually missed the training trip to Europe due to it. After the hand was raised by the referee, she let the emotions got the better of her. India has got their boxing medals in Olympics previously through Vijender Singh (2008) MC Mary Kom (2012). Both have won bronze medals but Lovlina Borgohain would look to go even further.

It was earlier that Simranjit Kaur (60Kg) has lost to Sudaporn Seesondee in the pre-quarterfinals as she made an early exit from Olympic Games.

The 26-year-old Indian gets the fourth position as she lost 0-5 despite a strong performance. She looked really impressive in the opening round to make Seesondee go on the back-foot to her measured approach sticking to a counter-attacking strategy.

However, judges were looking more favorable to Thailand boxers that made Simranjit go reckless in the second round.

The Indian boxer got the reverse effect of her aggressive approach in the first few seconds itself as her opponent Seesondee managed to hit some eye-catching left hooks. The chances of Indian boxer Simranjit winning were slipping by her defensive errors, she tried all her best in the last round but still ended up losing.

Indian BoxerLovlina BorgohainOlympic Tokyo 2020SimranjitTokyo 2021Tokyo Olympic BoxingTokyo Olympics
Share
Subscribe to our newsletter
Get your daily dose of Cricket, Football, Tennis & other favorite sports with handpicked stories delivered directly to your inbox.
You can unsubscribe at any time