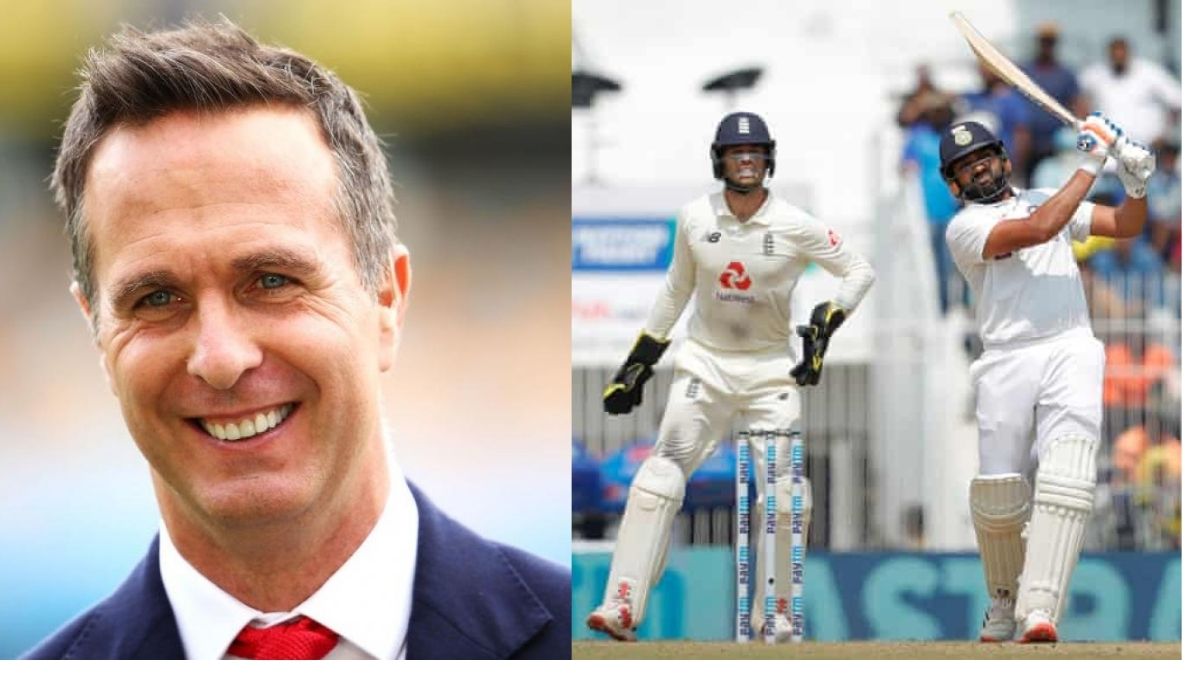 Many fans would have hoped former England captain to accuse Rohit Sharma of his recent remark about the Chennai pitch. But what happened was the opposite as Vaughan extending support to Rohit Sharma’s recent remark in a virtual press conference.” Totally agree”, Vaughan responded when the Board of Control of Cricket (BCCI) shared a video in which Rohit can be seen defending Chepauk pitch.

In the early days, Vaughan said the pitch was a ‘shocker’ and the former England captain criticized calling Chepauk wicket a ‘beach’. Vaughan along with the former Australian cricketer Mark Waugh has slammed the groundsmen for turning Chepauk pitch into a ‘minefield’.

Before the start of the third test between England and India Rohit Sharma speaking in a virtual press conference said that every team has the right to home advantage. Rohit Sharma the Indian opener further said that “The pitch is the same for both the teams, so I don’t know why this topic is raised every time. I don’t think there needs to change. Every team takes advantage of their home conditions “.

ChepaukEngland Cricket teamFormer England captainIndian batsmanMichael VaughanRohit Sharma
Share
Subscribe to our newsletter
Get your daily dose of Cricket, Football, Tennis & other favorite sports with handpicked stories delivered directly to your inbox.
You can unsubscribe at any time