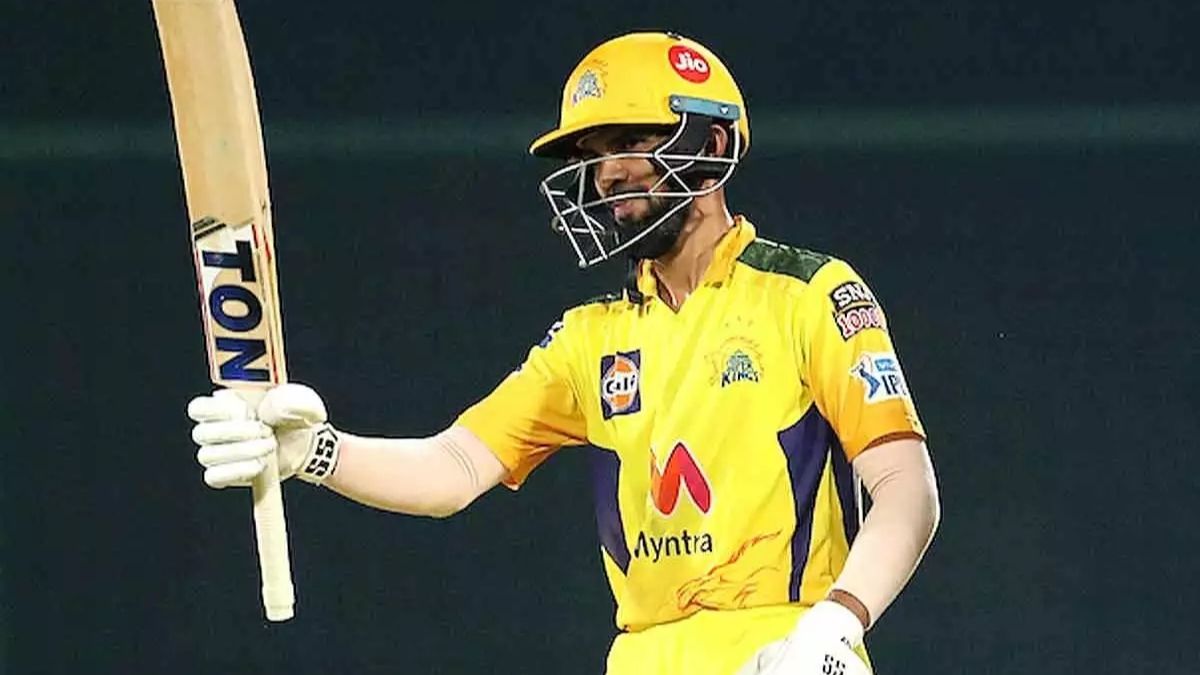 Ruturaj Gaikwad has clinched this year IPL’s orange cap. KL Rahul was holding the cap until the start of the final match between Chennai Super Kings and Kolkata Knight Riders.

Ruturaj Gaikwad was at 603 runs and KL Rahul was at 626 runs before the start of the match. He overtook KL Rahul in the second ball of the 5th over of the match bowled by Shivam Mavi. The young Maharashtrian batsman required 24 runs to overtake KL Rahul. He took a single of the bowler to reach the milestone. He has scored three fours and a six en route to the milestone.

The batsman got out scoring 32 runs off 27 balls at the hands of Sunil Narine. Shivam Mavi took the catch. He has scored 9 more runs than KL Rahul.

Ruturaj Gaikwad has ended his second campaign with Chennai Super Kings with an astonishing 635 runs in 16 matches.

He has scored 4 fifties and a hundred in this IPL edition with his highest score being 101* against Rajasthan Royals.

However, with Faf Du Plessis on the pitch, there is a chance that he could still lose the cap to the veteran South African.

Faf Du Plessis indeed came close to Ruturaj Gaikwad. He missed the orange cap by two runs. Faf Du Plessis scored 86 runs off 59 runs to help CSK to a formidable total of 192 runs against KKR in the final. The South African had scored 547 runs before the start of the final. He has scored 6 fifties for Chennai Super Kings in this IPL edition.

Ruturaj Gaikwad can breathe a bit easily as he will take the orange cap home.

IPL 2021Ruturaj GaikwadRuturaj Gaikwad CSKRuturaj Gaikwad orange cap
Share
Subscribe to our newsletter
Get your daily dose of Cricket, Football, Tennis & other favorite sports with handpicked stories delivered directly to your inbox.
You can unsubscribe at any time