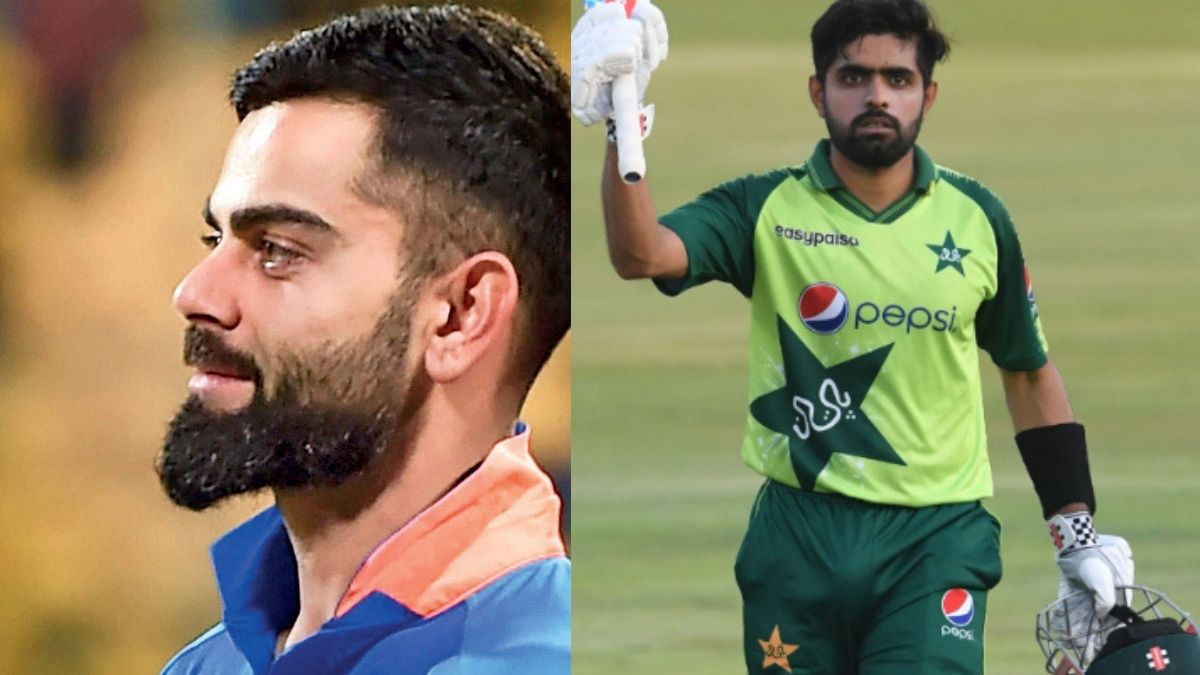 India and Pakistan, the arch-rivals have been placed in group 2 of the T20 world cup 2021. This upcoming T20 World Cup is scheduled to take place from October 17 to November 14 this year, announced on Friday. Fans of both teams are eager to witness the on-field rivalry yet again in the Super 12 stage of the ICC event. The last time this both teams faced each other in 50 overs World Cup 2019. India emerged victorious then.

The ICC stated in a statement that “The groups, selected based on team ranking as 20 March 2021, see the defending champions the West Indies pooled along with former champions England, Australia and South Africa in Group 1 of the super 12s, with two qualifiers from round 1 joining them “.

“Group2 will comprise former champions India and Pakistan, New Zealand, Afghanistan, and the other qualifiers from Round 1. Eight teams will contest the first round including automatic qualifiers Sri Lanka and Bangladesh with the remaining six who booked their spot through ICC’s Men’s World Cup Qualifier2019. Ireland, Netherland and Namibia join Sri Lanka in Group A, whilst Oman, PNG, and Scotland will Bangladesh in Group B”.

India and Pakistan, as both teams have never played a bilateral series over a decade will face each other again in a marquee ICC tournament. The teams only faced each other in the big ICC tournament in the 2014 T20 world cup, 2015 50 overs World Cup, 2016 T 20 World Cup, twice in champion trophy 2017,2019 50 overs World Cup. It the heartbreaking to all Indian fans when Pakistan defeated India in the final of the 2017 champions trophy hosted in England. In remaining all matches India has emerged victorious.

Ironically, it was only the test championship where both teams never got an opportunity to face each other. The acting chief executive Geoff Allardice said “We are delighted to announce the groups for ICC Men’s T 20 World Cup 2021. There are some great matchups offered by the groups and it’s starting to bring the event to life for our fans as our first multi-team event since the onset of the global pandemic draws close”.

“Given the disruption caused by COVID-19, we selected the cut-off date as close as possible to the event to ensure we were able to include the maximum amount of cricket in the rankings which determine the groups. There is no doubt we will witness some highly competitive cricket when the event gets underway in three months”.

It is literally after 5 years this T20 World Cup is going to happen. At first, it was planned to be hosted in India last year, due to t the Covid-19 pandemic it was postponed for a year and also shifted to UAE and Oman. The venues for the ICC Men’s T20 World Cup are Dubai International Stadium, the Sheikh Zayed Stadium in Abu Dhabi, the Sharjah Stadium, and the Oman Cricket Academy Ground.

2007 T20 WORLD CUP2010 World CupArch RivalsINDIAIndia vs PakistanPakistanT20 World Cup 2021
Share
Subscribe to our newsletter
Get your daily dose of Cricket, Football, Tennis & other favorite sports with handpicked stories delivered directly to your inbox.
You can unsubscribe at any time