Nikhat Zareen, who won gold in the women’s 50kg Light Flyweight final, said she is delighted to see Prime Minister Narendra Modi and that she would have his autograph on her boxing gloves. 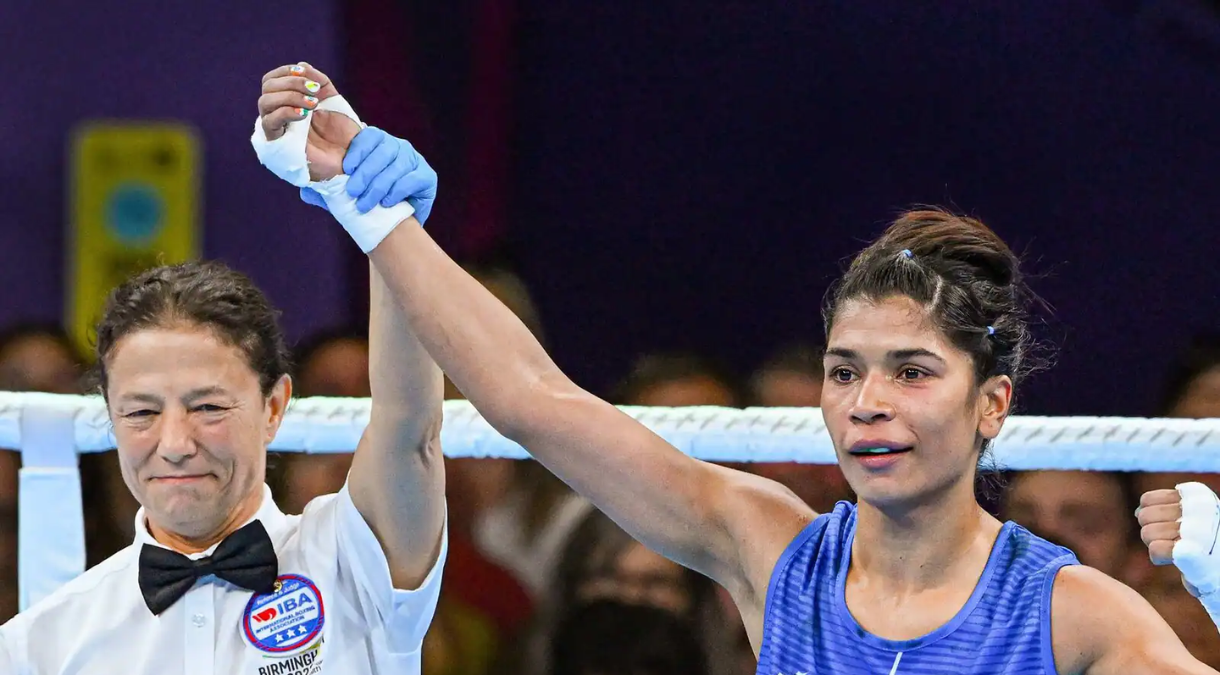 Nikhat Zareen, who won gold in the women’s 50kg Light Flyweight final, said she is delighted to see Prime Minister Narendra Modi and that she would have his autograph on her boxing gloves. Nikhat Zareen, the country’s third consecutive boxing gold medalist of the day, defeated Carly MC Naul of Northern Ireland in the final of the women’s 50kg (Light Flyweight) at the current Commonwealth Games in Birmingham on Sunday.

Zareen lived true to her ‘world champion’ title by dominating Carly in all three rounds. On the basis of points scored, she won 5-0.

“I’m extremely pleased to see him (PM Modi); I took a selfie with him last time and would like to take another again. I got his autograph on my T-shirt the last time, and this time I’ll get it on my boxing gloves “Nikhat Zareen spoke to the media.

Concerning the multi-sports event, Zareen stated that many anticipated her to win a medal in the CWG 2022, which she did with a remarkable score of 5:0.

“I’m overjoyed to have won gold for my nation. After the World Championships, this was my next important tournament; many anticipated me to win Gold here as well, so I am overjoyed “She said.

The gold medalist stated that she became emotional when the national anthem was performed, and she is certain that she will continue to do well in the next events.

“I can’t put into words how unforgettable and emotional that moment (during the National Anthem) was for me. I hope to continue giving similar performances and making my country proud “Zareen said.

In terms of the fight, the Indian world boxing champion was off to a strong start. Carly performed admirably in the first round. However, Nikhat capitalised on her abilities and retained a little edge over her opponent, prompting all five judges to vote in her favour at the end of the first round.

Nikhat’s domination continued in the second round. Her mobility and ability to strike the perfect blows at the right moment helped her win unanimous decisions from all three judges. Carly, on the other hand, was rapidly losing momentum and becoming exhausted.

Nikhat’s dominant performance continued in the last round. Her opponent was visibly annoyed by her lack of performance, and Nikhat continued to exhaust her. The Indian won the gold medal following yet another unanimous verdict by the judges in the final round.

Earlier, Amit Panghal won another boxing gold for India after defeating England’s Kiaran Macdonald in the 48-51 kg (Flyweight) final on Sunday at the current Commonwealth Games 2022 in Birmingham.

Panghal was completely dominating throughout the match, winning it 5-0. He won it based on points. Panghal got off to a fast start in the first round. Though his English opponent was constantly in contention, the judges voted in favour of Panghal, who received 10 points from all judges while Macdonald received nine.

Panghal’s domination continued in the fourth round, as he proceeded to score points with ease. Once again, all of the judges ruled in his favour. This enabled him to win the match and add another medal to his country’s collection.

Nitu Ghangas also won a gold medal after defeating England’s Demie-Jade Resztan in the women’s 48 kg final on Sunday at the current Commonwealth Games 2022 in Birmingham.