I’m disappointed that I won’t be able to defend my title: Neeraj Chopra on missing the Commonwealth Games

Gold-medal winner from the Tokyo Olympics Neeraj Chopra expressed his disappointment at not being able to defend his title in the Commonwealth Games. 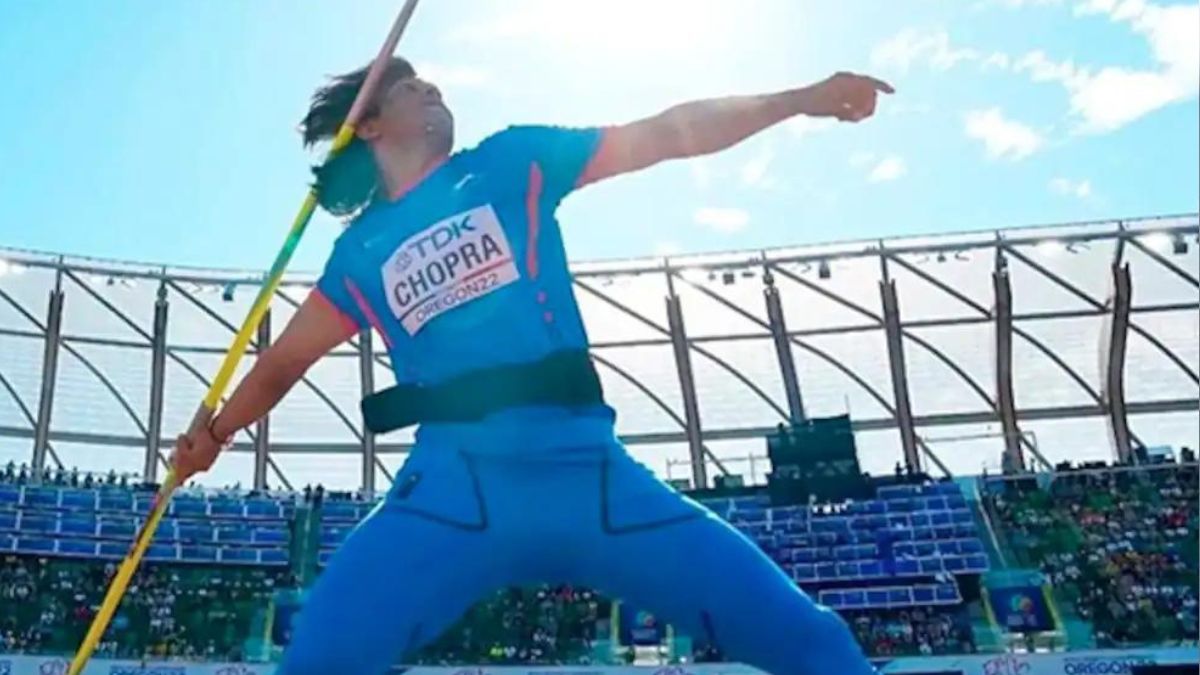 Neeraj Chopra, a gold medalist from the Tokyo Olympics, has expressed his disappointment at not being capable of defending his title at the next Commonwealth Games. It was announced earlier in the day that Neeraj will miss the forthcoming event because of an injury. In a lengthy statement, Neeraj expressed regret over missing the chance to carry the Indian flag during the event’s opening ceremony. Neeraj has won a gold medal in the 2018 CWG in Gold Coast, which is significant to highlight.

“Greetings to all, I’m really sorry to have to let you know that I won’t be able to compete for my nation at the Commonwealth Games in Birmingham. After experiencing a strain in my groyne on my fourth throw at the World Championships, I had been uneasy. A slight strain was found when it was examined medically by a team of doctors yesterday here in the US, and I have been told to undertake treatment and give it relaxation over the next few weeks “On Twitter, Neeraj made a statement.

“I’ve spoken with my support service team, the IOA, AFI, and SAI’s CAIMS about this, and we’ve all decided that it would be best for me to skip the CWG in order to stop the injury from getting worse while taking into consideration my long-term goals. Naturally, I’m disappointed that I won’t be able to successfully defend my championship and that I won’t get another opportunity to represent the nation. I’m disappointed that I didn’t get the chance to carry Team India’s flag during the opening ceremony because I was looking forward to that honour “He added.

Neeraj said in his statement: “I’ll concentrate on getting better for the time being, and I anticipate returning to work very soon. I want to express my gratitude to the entire nation for their love and support over the past several days, and I also want to ask you all to join me in supporting the athletes on Team India in Birmingham over the upcoming weeks.”

Neeraj, who on Sunday in Oregon earned a silver medal with a throw of 88.13 metres, suffered an injury after his performance at the World Championships, and as a result, he wouldn’t be able to defend his Commonwealth Games gold medal.

“Earlier this morning, Team India’s javelin thrower Neeraj Chopra called me from the US to let me know that he wouldn’t be capable of competing in the Birmingham 2022 Commonwealth Games owing to fitness difficulties. Following his involvement in the Eugene 2022 World Athletics Championships, Mr. Chopra received an MRI scan on Monday, and as a result, his medical team has advised a month of rest “Rajeev Mehta, secretary general of the IOA, issues a statement after seeing the medical reports.

Neeraj also won the gold medal at the 2016 Summer Olympics in Tokyo, making him the current Olympic champion.

Chopra has been celebrating this season’s outstanding results. The top athlete twice increased his personal best; on June 14 during the Paavo Nurmi Games in Finland, he threw 89.30 metres, and last month, he sent his spear 89.94 metres.