T20 World Cup: All-round dominance by Afghanistan as they beat Scotland by 130 Runs 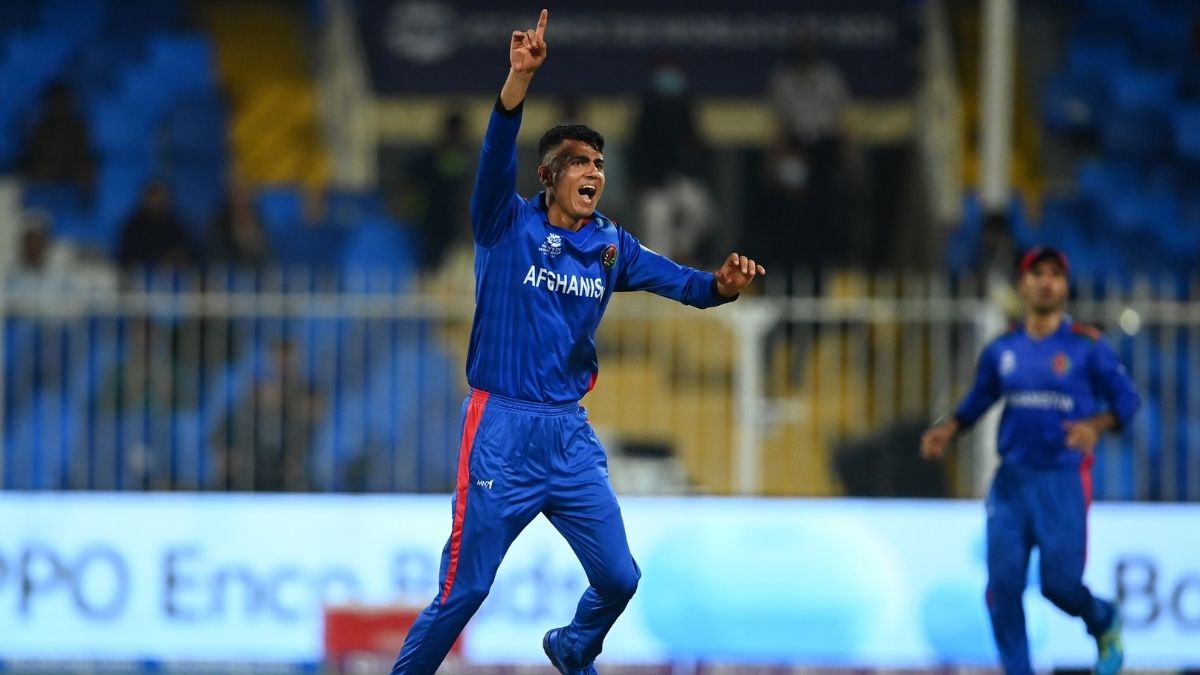 The 17th Match of the 2021 T20 World Cup was played between Afghanistan and Scotland on Monday, 25 October 2021 at the Sharjah Cricket Stadium in the United Arab Emirates. Both teams were playing their 1st Match of the Super 12 round of the 2021 T2O World Cup.

Meanwhile, Scotland had qualified for Round 2 – the Super 12’s by finishing at the top in Group B of Round 1 by winning all matches. This Afghanistan vs Scotland encounter is the second match of Group 2 from the Super 12, as on Sunday – Pakistan won against India by 10 Wickets.

In Round 2 – the Super 12’s, there is a total of Twelve Teams divided into Group 1 & Group 2. The teams featuring in Group 2 are as follows; Afghanistan, India, New Zealand, Pakistan, Scotland, and Namibia.

The Line-up for Afghanistan vs Scotland

Here's how the teams line up for #AFGvSCO 💥

Afghanistan have never lost a T20I to Scotland before… 👀

Who is winning this?

An excellent start for Afghanistan, by their openers Hazratullah Zazai & Mohammad Shahzad – as they scored by 10 runs per over in the first five. However, wicket-keeper Mohammad Shahzad’s fine innings of 22 (off 15) come to an end. By end of the powerplay, Afghanistan was at 55/1.

Breakthrough for Scotland, as the set batsman Hazratullah Zazai is bowled out by Mark Watt. Zazai scored 44 (off 30 balls). At this stage, Afghanistan was 82/2 (9.5 overs).

Then there was an 87 Runs Partnership between Rahmanullah Gurbaz and Najibullah Zadran, but Gurbaz lost his wicket, walks back scoring 46 Runs (off 37). Here Afghanistan was 169/3 in 18.3 overs.

However, Najibullah Zadran reached his half-century. The Afghanistan Skipper Mohammad Nabi played a cameo of 11*(off 4 deliveries). Meanwhile, Najibullah Zadran lost his wicket in the last ball of the innings – thus ending his knock at 59 (off just 34 balls), he had hit eight boundaries.

11 Runs for Scotland in the first over, an expansive start for Afghanistan. However, Mujeeb Ur Rahman strikes for Afghanistan as he picked 3 Wickets in an over. He sends the Scottish Captain Kyle Coetzer, Calum MacLeod, and Richie Berrington back to the pavilion. Scotland was 28/3 in 3.6 overs.

For Scotland, the fall of wickets doesn’t end there as this time an acrobatic catch by wicketkeeper Mohammad Shahzad makes sure Matthew Cross is out as Naveen-ul-Haq takes the wicket.

Whereas, in the very next over – Mujeeb Ur Rahman picked his 4th Wicket, bowled out opener George Munsey. Munsey departed scoring 25 runs (off 18 balls), the highest individual score for Scotland in this innings. By then, Scotland was 36/5 (5.3 overs).

Between those overs, Mujeeb Ur Rahman did pick his 5th Wicket. Whereas, Rashid Khan picked a total of 4 Wickets for 9 Runs (2.2 overs).

As a result, Afghanistan won the match by a huge margin of 130 Runs. Thus, the Player of the Match was awarded to Mujeeb Ur Rahman for his bowling spell of 5/20.

2021 T20 World CupAfghanistan vs ScotlandHazratullah ZazaiICC Men's T20 World Cup 2021Mujeeb Ur RahmanNajibullah ZadranRahmanullah GurbazRashid KhanSharjah Cricket StadiumWorld Cup T20
Share
Subscribe to our newsletter
Get your daily dose of Cricket, Football, Tennis & other favorite sports with handpicked stories delivered directly to your inbox.
You can unsubscribe at any time

Set A Successful And Fashionable Routine This Fall With Casio