Virat Kohli plays a Captain’s Knock, as he scores another half-century in T20 World Cup

India’s Captain Virat Kohli plays an important innings to put a respectable total for India against Pakistan, after struggling start in the ongoing 2021 T20 World Cup. 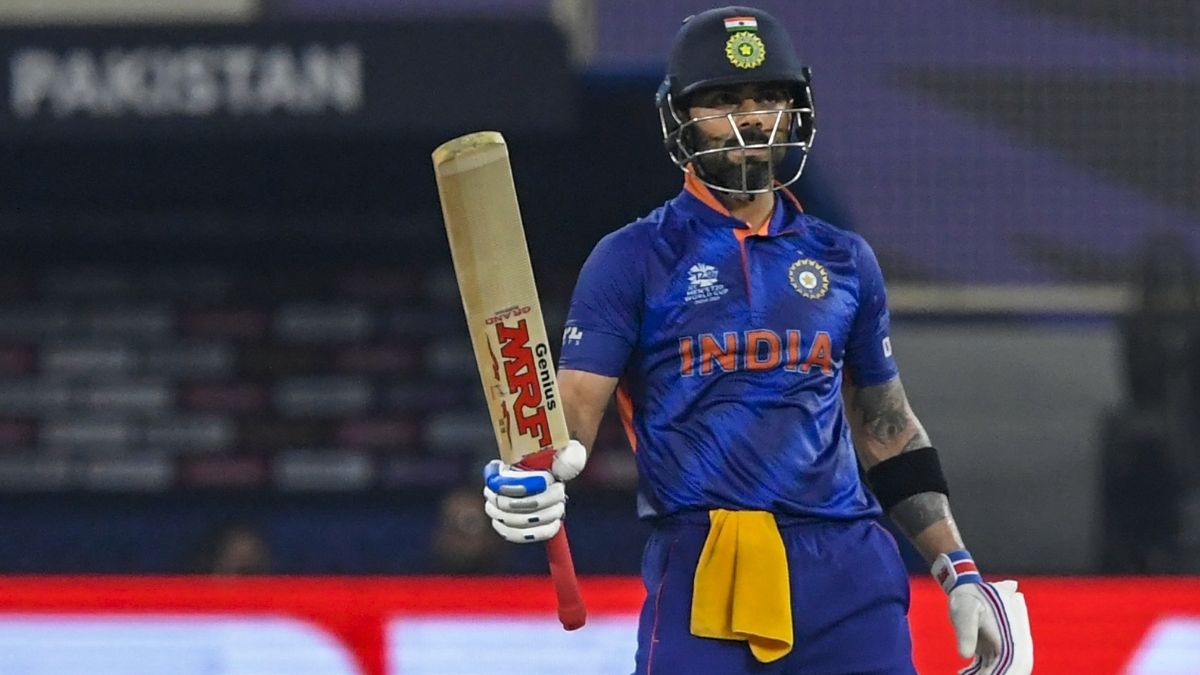 The most awaited India vs Pakistan match was played on 24th October 2021, Sunday being held at the Dubai International Cricket Stadium, United Arab Emirates. The India vs Pakistan is the Group 2 encounter of the Super 12 round of the 2021 T20 World Cup. Virat Kohli plays an important inning.

The last meeting between the two sides in a T20 World Cup was on 19th March 2016 at the Eden Gardens, where the Men in Blue won by 6 Wickets. Meanwhile, the Head-to-Head record between India vs Pakistan in a T20 World Cup favours India with a lead of 5-0.

In this match, Pakistan won the toss & decided to bowl.

Asked to bat first, India lost two wickets early on as openers KL Rahul and Rohit Sharma got dismissed by Shaheen Afridi. Then India was at 6/2 in 2.1 overs.

After that Suryakumar Yadav too departs after hitting a few boundaries, India was in great trouble. As towards the end of the powerplay, India was 31/3 (5.4 overs).

However, a crucial 53 Run partnership between Virat Kohli and Rishabh Pant saved the innings. Then Pant lost his wicket, he did bat well scoring 39 Runs (off 30 balls), hitting a total of four boundaries. After that, India found themselves at 84/4 (12.2 overs).

Then, Virat Kohli reached his half-century. Kohli scored 57 Runs (off 49 balls) with his innings witnessing six boundaries. But he got out as its Shaheen Afridi again who strikes back for Pakistan.

And Virat Kohli is finally dismissed by a Pakistan bowler at the T20 World Cup. He now averages a very cool 226.0 from four innings.

2021 T20 World CupDubai International Cricket StadiumICC Men's T20 World Cup 2021India vs PakistanVirat KohliWorld Cup T20
Share
Subscribe to our newsletter
Get your daily dose of Cricket, Football, Tennis & other favorite sports with handpicked stories delivered directly to your inbox.
You can unsubscribe at any time