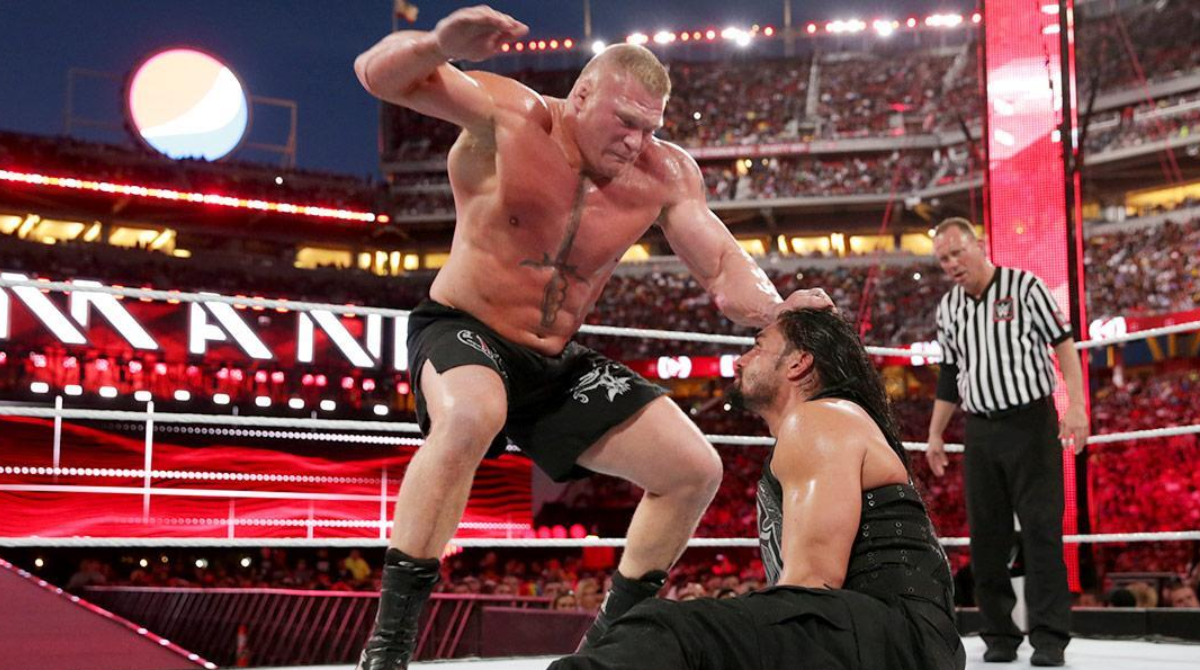 Many fans are wondering if Lesnar is taking a break from the world or retiring from in-ring action as a result of his thank you gesture. On social media, there was also speculation that Vince McMahon’s retirement might lead to The Beast’s retirement as well. Lesnar has previously described McMahon as a father figure and someone from whom he has learnt a great deal.

Lesar, it turns out, will not be retiring anytime soon. As shown below, Atlanta’s State Farm Arena has Lesnar listed as the headliner for the January 1, 2023 premium live event. More information regarding WWE’s debut event in 2023 may be found by clicking here.

Lesnar vs. Roman Reigns was slated to headline the first Day 1 event earlier this year until The Tribal Chief was diagnosed with COVID-19. At the last minute, Lesnar was added to a fatal four-way WWE title match that pitted then-champion Big E against Bobby Lashley, Seth Rollins, and Kevin Owens. Lesnar won the 5-Way Match to win the WWE Championship, which he lost to Reigns in a Title Unification Match at WrestleMania 38.

As of this writing, Lesnar was not listed for next month’s Clash at the Castle VIP live event in Wales as of this writing. Lesnar is known to work WWE’s big stadium shows, so he could be added to the card for the event at Cardiff’s Principality Stadium.

WWE also has a show coming up in Saudi Arabia, Crown Jewel, on November 5, and if history is any guide, Lesnar will be there. Crown Jewel will be WWE’s ninth event in Saudi Arabia as part of a 10-year agreement with the kingdom. Lesnar has been at all seven prior WWE in Saudi Arabia events, while he did not wrestle at Super ShowDown 2019 and merely hinted about cashing in his Mony in the Bank contract against then-Universal Champion Seth Rollins.

But he's is still leaving with his hat.

There will never be another Brock Lesnar! 👏#SummerSlam pic.twitter.com/bBl1PmdJ2S