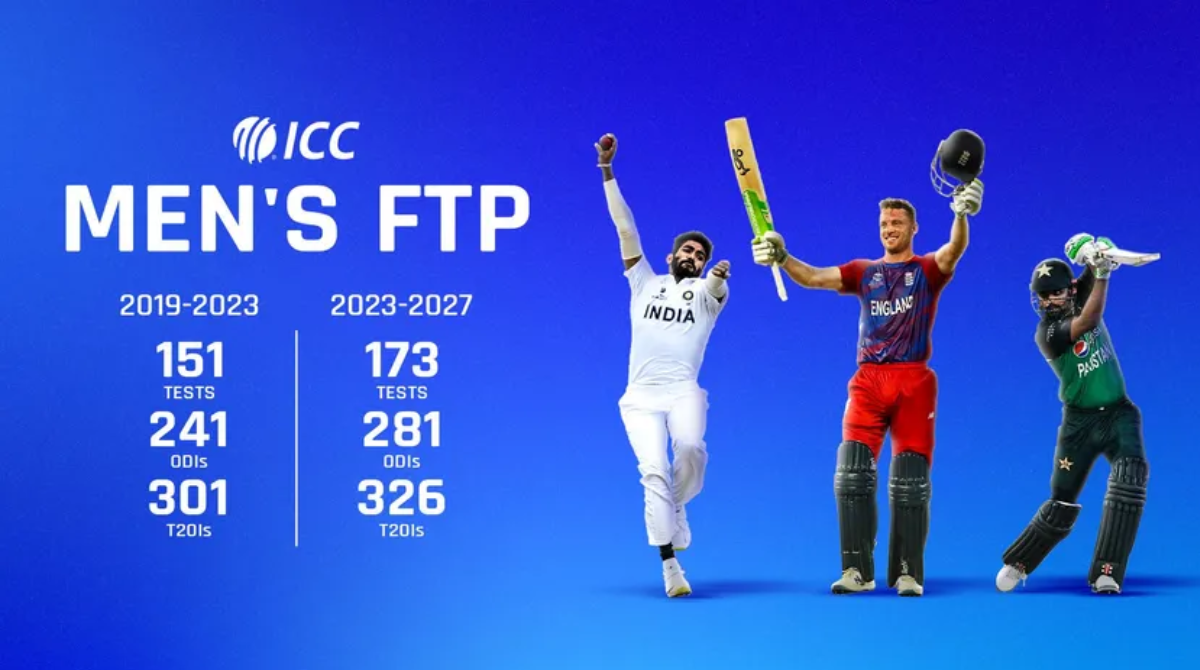 This includes the next two cycles of the ICC Men’s World Test Championship, a number of ICC events, and a slew of bilateral and tri-series matches.

“I’d like to thank our Members for the effort that has gone into creating this FTP for the next four years,” ICC GM of Cricket Wasim Khan said. We are extremely fortunate to have three vibrant formats of the game, as well as an outstanding programme of ICC global events and strong bilateral and domestic cricket, and this FTP is designed to allow all forms of cricket to thrive.”

The two sets of five-match Border-Gavaskar Test series in each of the upcoming cycles of the ICC World Test Championship are one of the FTP’s major highlights.

A hotly contested match in recent times, Australia is set to host India for a five-match series in the WTC’s 2023-25 cycle, with a reciprocal tour scheduled for the 2025-27 cycle.

The two sides will meet in a five-match Test series for the first time in over 30 years, the last time being in 1992.

Ricky Ponting of Australia praised the decision to make the Border-Gavaskar Trophy a five-game series in the latest episode of The ICC Review.

“I think spectators from Australia and India, and probably anyone who loves the game around the world, would have liked to see more Test matches between Australia and India, so absolutely I think it’s a fantastic initiative, and more importantly, I think all the players will really enjoy that as well,” Ponting said on The ICC Review with host Sanjana Ganesan.

“The thing about the Australia-India series is that the conditions we play in are so contrasting.” When India visits Australia, the fast, bouncy wickets provide something for the seamers.

Chandrakant Pandit has been named as KKR’s new head coach