T20 World Cup: Two in Two for Australia as they beat Sri Lanka by 7 Wickets 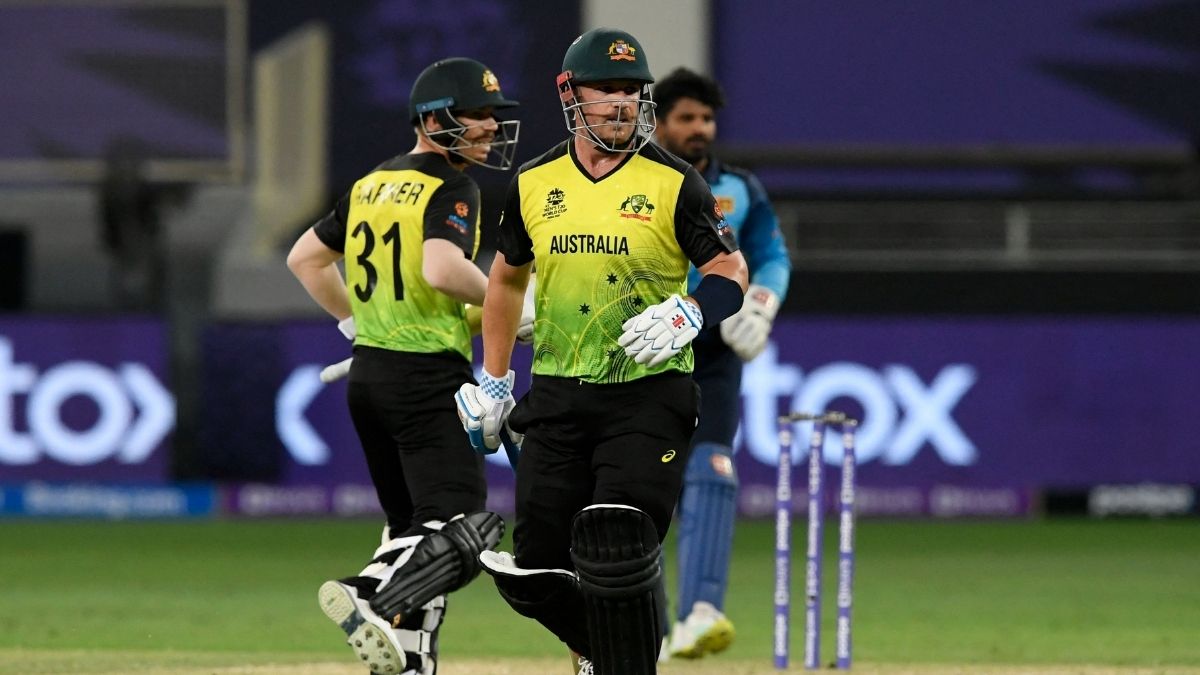 The 22nd Match of the 2021 T20 World Cup between Australia and Sri Lanka was played on Thursday, 28 October 2021 at the Dubai International Stadium, United Arab Emirates.

Both the teams have already played one match each, Australia won against South Africa meanwhile Sri Lanka won against Bangladesh. This encounter is from Group 1 of the Super 12’s at the 2021 T20 World Cup.

The Line-up for Australia vs Sri Lanka

Australia are unchanged, while Maheesh Theekshana returns from injury for Sri Lanka in place of Binura Fernando.

Australia won the toss and decided to bowl.

1st Innings – Sri Lanka puts 154 Runs on the board

After losing an early wicket of Pathum Nissanka at 2.3 overs, Sri Lanka were 15/1 but from there Kusal Perera and Charith Asalanka brought up a 50 Run stand in just 36 balls. They played around nine per runs over during the powerplay. As a result, Sri Lanka was 53/1 after the powerplay.

However, Asalanka 35 (off 27) & Perera 35 (off 25) lost their wickets in quick succession and Sri Lanka found themselves at 86/3 (10.3 overs), as Adam Zampa and Mitchell Starc gave Aussie the breakthrough.

But after that, the Aussie continued their dominance as they picked two more wickets of Avishka Fernando & Wanindu Hasaranga. With that Sri Lanka was in trouble, as they were 94/5 (12.2 overs).

Then it was Bhanuka Rajapaksa along with Captain Dasun Shanaka made a crucial 40 run stand to save the innings. Meanwhile, the Sri Lankan Skipper lost his wicket. But Bhanuka Rajapaksa 33* (off 26 balls) remained unbeaten making sure Sri Lanka’s innings ended at 154/6 (20 overs).

A great start for the Aussie as 50 runs opening partnership between David Warner and Aaron Finch.

However, Wanindu Hasaranga strikes for Sri Lanka as Aaron Finch was bowled out by him. Unfortunately, for Finch, it finds the inside edge and then onto the stumps. Aaron Finch had scored 37 Runs (off 23 balls). Australia was 70/1 (6.5 overs).

Again, it’s Hasaranga as he picked the wicket of Glenn Maxwell. Maxwell had hit it big but it couldn’t cross the boundary and catch taken by Avishka Fernando. The Aussie were 80/2 (8.3 overs).

A good knock by David Warner as he is back in form, departed scoring 65 Runs (off 42 balls).

As a result, Australia won the match by 7 Wickets. Thus, the Player of the Match was awarded to Adam Zampa for his bowling spell of 2/12.